DILG: No permit, no selling of firecrackers 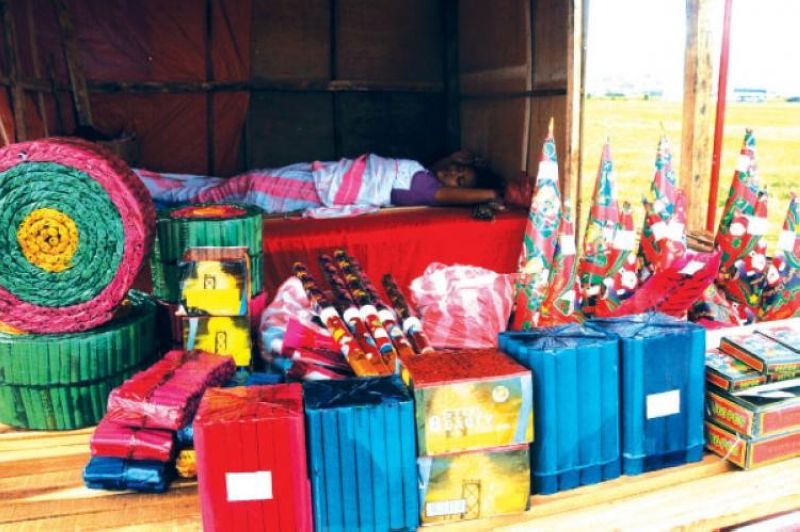 MERCHANTS with special permits issued by the City Government are the only ones allowed to sell firecrackers, Department of the Interior and Local Government (DILG) City Director Jane Docallos said.

Docallos said they expect 22 sellers to apply for the special permits.

But even if the sellers have secured the special permit, it does not mean they are exempted from being blacklisted.

"Even if you have a permit, you can sell, but if you're selling an illegal item, that's still illegal... subject to confiscation and blacklisting," Docallos said.

The DILG city director said they have already banned a huge wholesaler of fireworks and firecrackers in Cagayan de Oro City for three years due to violations.

At present, they have not yet issued a ban for any retailer of fireworks and firecrackers in the city. But Docallos said if the Task Force Firecrackers catches them selling illegal items, their items will be confiscated and their business will be closed.

Fireworks and firecrackers sellers with special permits are allowed to sell their products in one designated area, which is the Rotunda or Rodelsa circle, starting December 22.

"Anything that is sold outside of the rodelsa except those in the mall are illegal," Doncallos said.

The products sold by the sellers should also bear the authentic seal of the Department of Trade and Industry (DTI).

Last year, Docallos said they have confiscated illegal items worth around P600,000 which are imported from China and had a reproduced sticker of the DTI's seal.