Mall: Cracks not from quake 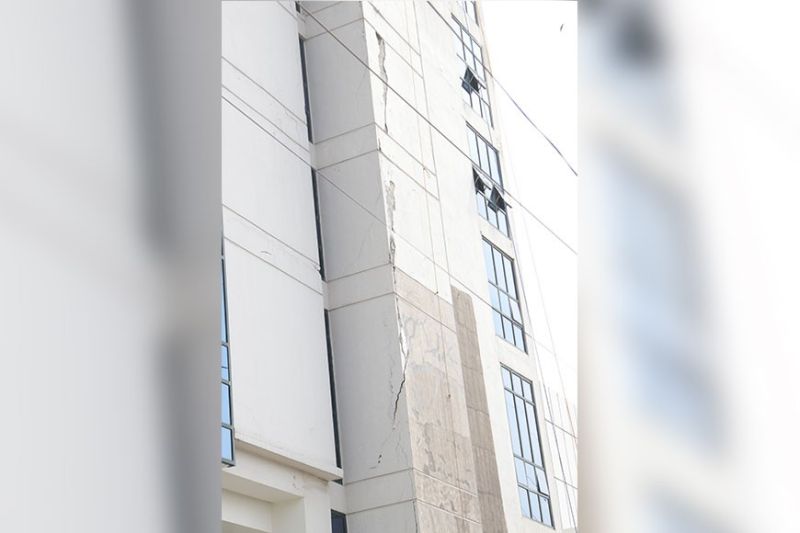 THE management of the Felcris Centrale clarified that the cracks found on their facade were not caused by the earthquake that struck the city in October.

In a press conference on Thursday afternoon, December 12, Felcris Centrale property and mall manager engineer Mat Lubguban said the cracks on the facade, which made the rounds on social media when the magnitude 6.6 earthquake struck the city, were brought about by a repair work they conducted weeks before the earthquake happened.

“‘Yung crack sa harap (The crack in front of the facade) started during the repairing of our water proofing before the earthquake happened,” Lubguban told reporters.

Although, he said some of the cracks were triggered by the earthquake.

“Siguro ‘yung nag-post no’n, napagkamalan lang niya na it was due to the earthquake (Maybe the one who posted mistakenly thought it was damaged by the earthquake). But actually we were already doing the repair prior to the earthquake,” Lubguban said.

Meanwhile, a certificate of structural stability was presented to the media, certifying that the building was safe and stable for occupancy.

“Through visual inspection and evaluation of the major structural components, re-analysis and checking of the structural design of the existing building based on the As-Built Plan and latest National Structural Code of the Philippines and finite element analysis showed the building is safe and stable for use,” said engineer Woody Cabardo in his certification on the structural integrity of the mall.

The Office of the City Building Official (Ocbo) also certified its structural stability.

Lubguban said most of their 50 tenants were shocked with the incident, with hesitation of returning to their occupied spaces.

He also said they had a hard time explaining to the public about the situation, that they had to focus first on inspecting the building to ensure its occupants are safe.

He said some cracks were already repaired after more than a month since the earthquake happened.

“Walls are not part of the structural building. Cracks on the front are not structural component of the building. We assure you that this building was properly designed,” Ubay said.