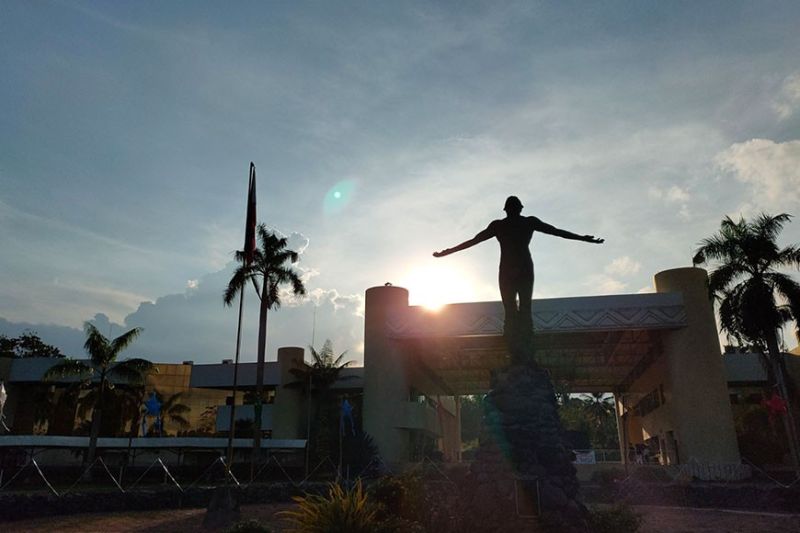 Councilor Antoinette Principe-Castrodes revealed during her privilege speech on Tuesday, December 10, that UP-Min needs upgrading and modernization - from infrastructure, facilities, and its teaching personnel.

Principe-Castrodes said the modernization was proposed by the UP Regional Alumni Institute’s (UP Rai) wherein they have a five-year development and expansion plan for the university.

The councilor filed a resolution supporting UP-Min’s five-year development and expansion plan, which would also urge the President to endorse UP Rai’s resolution to congress for priority legislation.

“This is the reason I am endorsing UP Rai’s resolution no.1 and, in the same manner, appealing to this august body to support the resolution requesting President Rodrigo Duterte to endorse to Congress for priority legislation (UP Rai’s) resolution no. 1 which calls for Congress to pass a special legislation to support UP Mindanao’s development plan,” Principe-Castrodes said.

She added a separate resolution will be filed requesting Senator Miguel Zubiri and third district representative Isidro Ungab to sponsor the said legislation.

Principe-Castrodes said the budget for the modernization program will be coming from the national budget. The initiative is seen to transform UP-Min as a “model campus.” Also part of the modernization plan is retrofitting campus buildings with “green technologies” and usage of renewable energy source for the campus’ electrification.

“The lack of facilities and budgetary constraints have understandably become barriers to the fulfillment of UP’s aspiration,” Principe-Castrodes said in her speech.

The councilor, who is an alumnus of the institution, said UP-Min has contributed in Mindanao’s human capital.

She added there are now 3,000 UP-Min graduates who now occupy key positions in the government, schools, business organizations, and civil society organizations.

“Now it’s time to give back by supporting UP Mindanao’s development plan as proposed by the UP Regional Alumni Institute,” she said.

Co-incidentally, she said the school will be celebrating its 25th year. She hopes the university would become a “more robust partner in the attainment of inclusive and sustainable development in Mindanao and the country”.

Also, UP Rai endorsed a resolution for the establishment of a UP College of Medicine in Davao City in partnership with UP Manila to respond to the medical and health needs of the island region.

A resolution to respond to Mindanao’s graduate program needs through joint programs of UP campuses and support of the Commission on Higher Education and the Department of Science and Technology was also endorsed by the alumni institute.