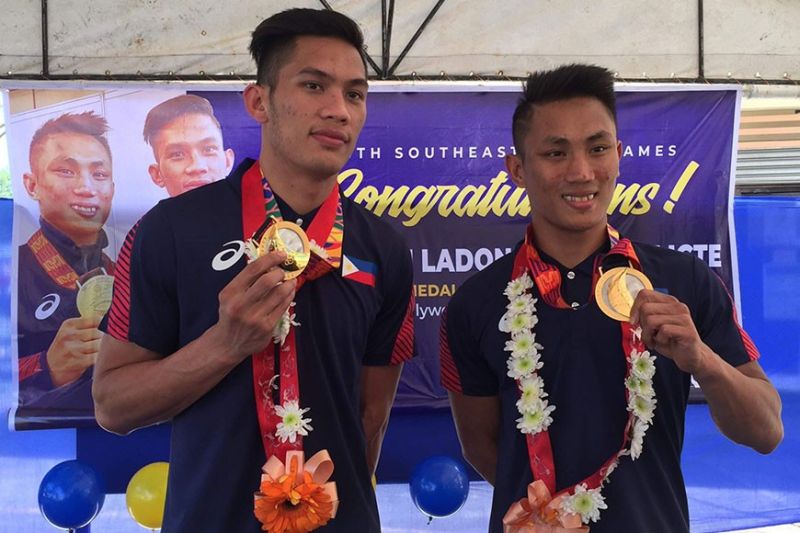 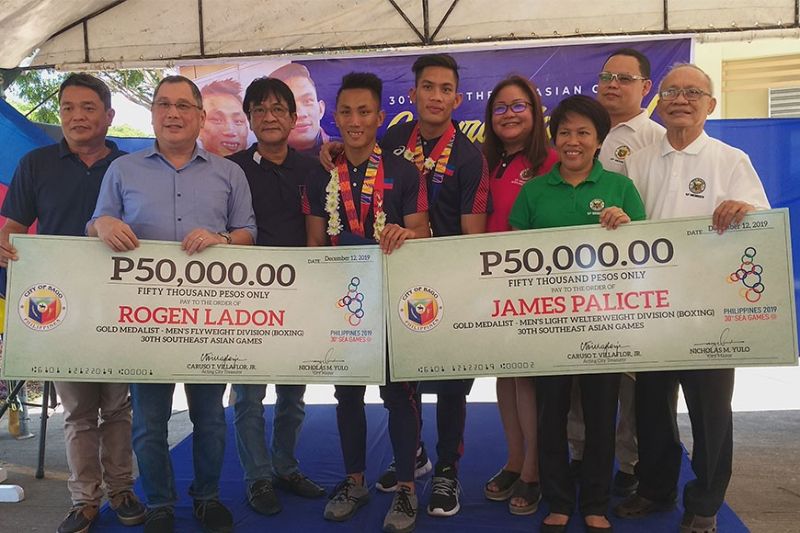 They were then joined by local officials as well as their families and supporters in a program at the Bantayan Park.

Ladon and Palicte received certificates of recognition and cash incentives worth P50,000 each.

Mayor Nicholas Yulo said the Sangguniang Panlungsod has approved a resolution giving the two champions such incentives and P10,000 for their trainor, who also hailed from Bago City.

Yulo said the local government honors “sports heroes” who have given pride to the city, province and country as well.

“We have a new inspiration. This will give a lot of inspiration to our boxers,” he said, adding that “we have somebody to look up to, new heroes.”

“This will boost the boxing program of Bago City,” the mayor added.

Ladon and Palicte are set to come back for the national training in Manila in preparation for the qualifying tournament for the Tokyo Olympics next year.

The two Bagonhon boxers along with other Sea Games medalists hosted and topped by the country are set to pay a courtesy visit to President Rodrigo Duterte at the Malacañang on December 18.

Ladon who came from a family of boxers, first joined boxing in 2007 and had won numerous medals in international tournaments including the Asian Amateur Boxing Championships and 2018 Asian Games as well as smaller tournaments such as the 2012 Taipei City Cup and 2011 Hong Kong International Tournament.

Ladon, on the sidelines of the heroes’ welcome, said his family has inspired him to always do his best.

For his part, Palicte said he applied all the skills he acquired from the trainings as well as the experiences he gained from joining various competitions.

They are elated of the warm welcome of their fellow Bagonhons and the recognition given by the city government.

Both boxers said the incentives they received and those they will be receiving from the government after winning in the Sea Games will be given to their families.

“Part of which will be invested for our future,” they said.

Ladon and Palicte have no plan yet of going into professional boxing. Instead, they are aiming and working for gold in the Olympics.

They advised aspiring Bagonhon boxers to put value on training and uphold discipline.

Ladon urged them to have determination. “They should be dedicated in their chosen field.”

Their parents, who were also present at the activity, thanked the city government for recognizing the efforts of the two boxers.

They said the pride and honor given by Ladon and Palicte are not only for their families but also to the entire Bagonhons.