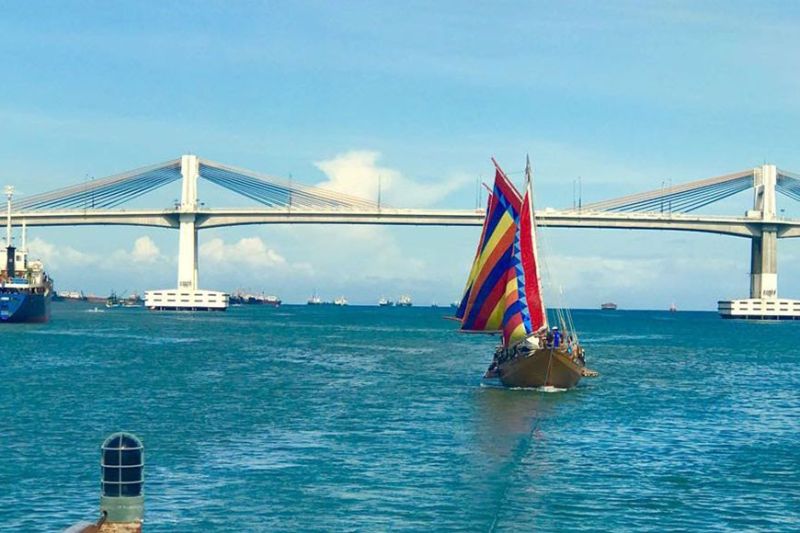 These sea vessels, Raya Siyagu and Raya Kolambu, will be shown to the public at the start of the countdown to the quincentennial celebration of the Battle of Mactan on Saturday, Dec. 14.

According to Team Balangay heads Jory Navarra and Art Valdez, they set sail from Palawan last Nov. 23. They had planned to visit Butuan City, Agusan del Norte before sailing to Lapu-Lapu City.

The group’s plan was derailed by typhoon Tisoy, which brought about ugly weather after it entered the Philippine Area of Responsibility in the last week of November.

The Battle of Mactan happened on April 27, 1521, prior to the Spanish colonization of the archipelago that was later named after King Philip II.

Lapu-Lapu, leader of Mactan natives, defeated the group of Spanish explorers led by Portuguese navigator Ferdinand Magellan, who died in the skirmish.

From Palawan, the two balangay replicas crossed the Sulu Sea. Before reaching Lapu-Lapu City, the boats’ crew had made stops in Antique, Western Visayas and Dumaguete City, Negros Oriental.

Valdez said Raya Siyagu and Raya Kolambu were assembled by the Sama Delaya tribe from Tawi-Tawi in 2017.

Raya Kolambu is manned by 10 personnel, while Raya Siyagu is run by eight persons. (GCM / KAL)