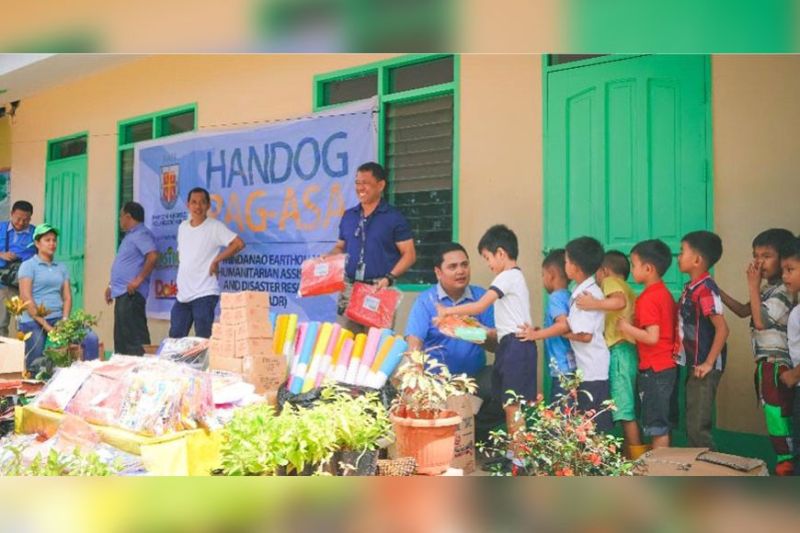 THE Ramon Aboitiz Foundation Inc. (Rafi) extended its Handog Pag-asa relief operations to the communities affected by the series of earthquakes in Mindanao.

Rafi initiated the outreach activity with its local partner and volunteers from the Kasilak Development Foundation Inc.

Among the 23 towns affected in Regions 11 and 12, the most severely hit was the Municipality of Makilala in Cotabato Province in Region 12 with a reported 20,704 families or 103,520 persons affected.

A field validation conducted by a Rafi team on Nov. 8, 2019, about five barangays have been declared as unsafe. These were declared as no-build zones and the residents have been evacuated in temporary evacuation centers.

Through Handog Pag-asa, Rafi provided financial support to extend post-disaster intervention on education, specifically on provision of support for the establishment of five temporary learning facilities, hygiene kits to approximately 2,000 school-aged and non-school-aged children who are temporarily staying in various evacuation centers and learner’s kits to 100 teachers. They also conducted psychosocial interventions and support not only to the affected children but also their parents and other adults.

Distribution of the learning and hygiene kits was conducted last Nov. 21-22. The kits reached more than 800 students in three barangays in Makilala: Garsika, Buenavida and Indagan.

Psychosocial support was also extended to the teachers and mothers who were staying in temporary shelters. Continuation of the distribution of kits to more than 700 students and psychosocial support were conducted last Nov. 28-29 in Kisante Elementary School.

Volunteers distributed 376 Waka-waka solar lamps to the residents living in the transitional shelter areas in Buenavida. Two schools in the remaining target barangays were visited by the volunteers last Tuesday, Dec. 10.