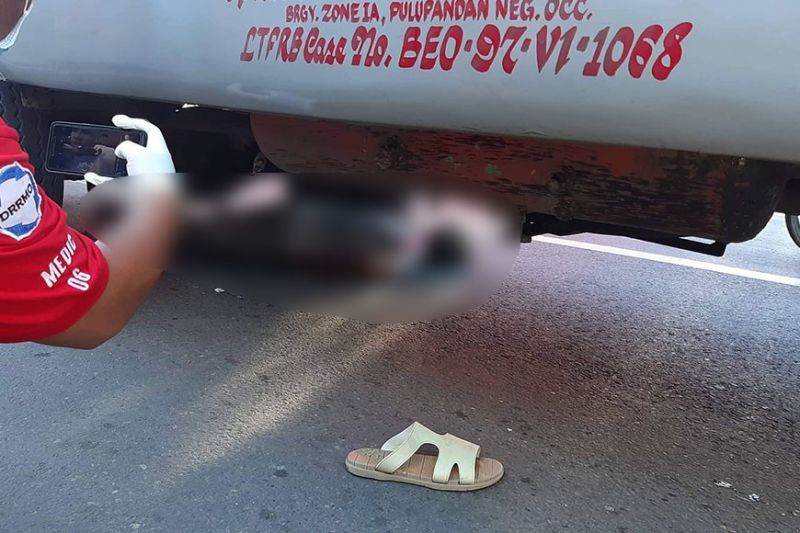 BACOLOD. The 74-year-old seashell vendor who was run over by a public utility jeepney while crossing at the pedestrian lane along the highway at Barangay Tangub in Bacolod City Thursday morning, December 12, 2019. (BCPO Photo)

Police Major Charles Gever, chief of Police Station 8, said the victim was crossing the pedestrian lane when she was hit by PUJ driven by Arnold Villarta, 34, of Barangay Calumangan, Bago City at about 8:30 a.m.

He said Villarta, who was traveling from Bacolod to Pulupandan, failed to notice that Bo-oc was crossing the pedestrian lane with her seashells and when he applied the brake, it also malfunctioned.

The victim died on the spot due to serious injuries.

Gever said Villarta voluntarily surrendered to Police Station 8. In the past, the suspect was also involved in a traffic accident in Bago City.

He said the family of the victim is willing for a settlement, but it will depend on their agreement and they can also file reckless imprudence resulting to homicide against the suspect.