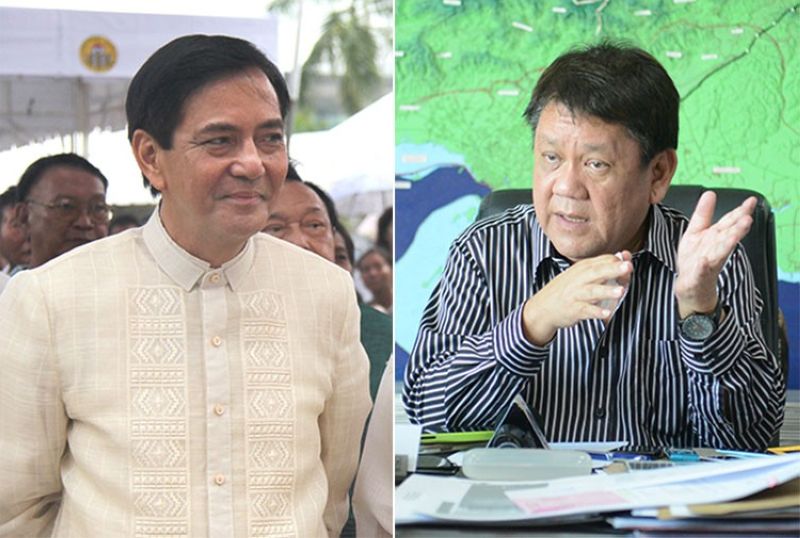 OFFICIAL at U2 concert

Other than Bono's politics, which set off some uproar (some liked it, others hated the advocacy) on stage during U2's concert in Manila December 11 (Wednesday), the case of a Cebu City Hall key official leaving his post to attend it was hot topic in Eric S. Manait's talk show on dyCM radio.

With all the problems at City Hall, among them the alleged failure of about 40 employees who reportedly have not received their pay for four months already, the official would have no reason to be away from City Hall even for a single day, Eric said.

Clue: The official virtually runs City Hall, the major reason that leaving an office "in seeming disarray" cannot be justified.

Last December 4, MCWD officials stood up Talisay City Mayor Samsam Gullas and his department heads and barangay captains. The mayor fumed on his Facebook wall, raging over "discourtesy" and "unprofessional behavior" of the water district officials. Samsam and his people were made to wait "for hours" in Talisay City.

It turned out there was inefficiency on both sides, with no one checking up on the other about preparations for the meeting. MCWD's acting general manager was not informed about the appointment and the data sought by Talisay were not prepared.

So another date was set: Thursday, December 12 at 9 a.m. On that day and hour, an MCWD contingent showed up at City Hall but it turned out that had left the day before for Manila.

But Mayor Samsam was kinder. He had left his legal officer to meet with the MCWD group and receive copies of the information the mayor wanted from the water district.

A probable subject of negotiation between City Hall and MCWD will be the matter of revenue the City Government shares in the income from the water extracted from Talisay.

Talisaynons, as do residents of other places where MCWD extracts water, may find the computation hard to understand. Bottom line: the amount is small for the water owners' satisfaction.

They may need to be persuaded that sharing water is still beneficial to the LGU where the water source is located despite the law's provision on revenue.

Cebu City Vice Mayor Mike Rama started spiking rumors that he and BOPK's chief, former mayor Tomas Osmeña, had been talking about teaming up in 2022 elections.

"What? Me and Tomas? We're enemies," said Rama in a broadcast talk and a CDN Digital news story.

With the reported simmering dispute between VM Mike and his mayor, Edgar Labella, speculations circulated that Mike and Tomas might become allies again in the next election. Mike had been quiet about the buzz until after Osmeña filed last December 9 with the ombudsman a complaint for graft and corruption against the vice-mayor over the sale of a 45-hectare South Road Properties lot to the SM-Ayala consortium in 2015 during his term as mayor. Mike said he had not met Tomas since last year yet.