Inflation in Davao Region up 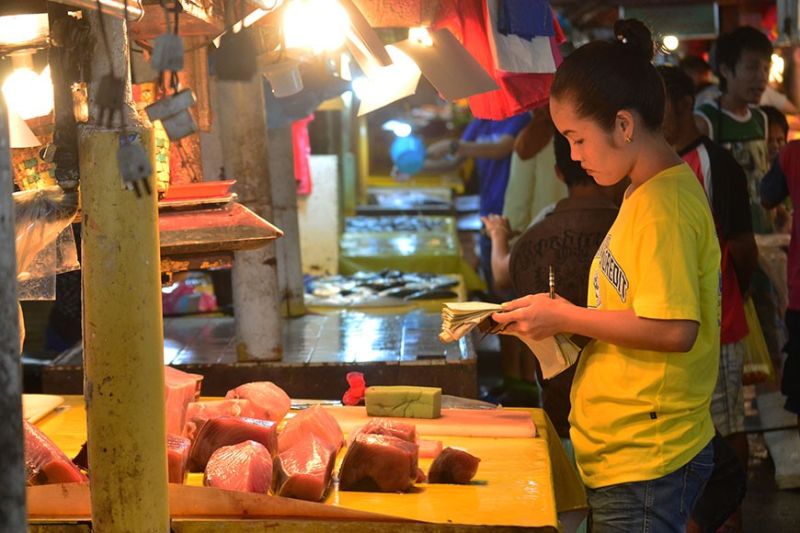 DAVAO. Fish is among the selected food item with a spike in price, contributing to the soaring of Davao Region's inflation rate this December 2019, according the Philippine Statistics Authority. (Macky Lim)

As a result, inflation rates in each province have also increased. Davao del Sur posted the highest rate at 1.1 percent, followed by Davao Oriental at 0.3 percent, Davao del Norte at 0.2 percent, and Davao de Oro at 0.0 percent.

The PSA attributed the current inflation rate's upward trend to this year's increase in the consumer price indices of commodities.

Alcoholic beverages and tobacco remain to have the highest price index at 183.8 in October 2019 with an inflation rate of 12.7 percent.

It is then followed by the restaurant, miscellaneous goods and services, and the furnishing, household equipment, and house routine maintenance which gained both a 3.7 percent inflation rate, clothing and footwear (3.0 percent), other fuels (0.2 percent), food and non-alcoholic beverages (-0.8 percent), and transport (-1.5 percent).

The agency also noted a significant rise in inflation rates of fish at 4.8 percent from -2.0 percent and vegetable at 2.3 percent from -4.2 percent in the periods of September and October 2019.

Other food items that have increased their prices are the bread and cereals (-8.3 percent), rice (-11.7 percent), sugar, jam, honey, chocolate and confectionery (-5.9 percent), Corn (-9.0 percent), other cereals, flour, cereal preparation, bread, pasta, and other bakery products (4.5 percent) and meat (0.7 percent).

According to PSA, Davao Region is among the regions with lower inflation, along with Ilocos Region, Cagayan Valley, Central and Eastern Visayas, Zamboanga Peninsula, Northern Mindanao, Caraga, and the Bangsamoro Autonomous Region in Muslim Mindanao, contributing to the 1.3 percent inflation rate of the whole country in November 2019.