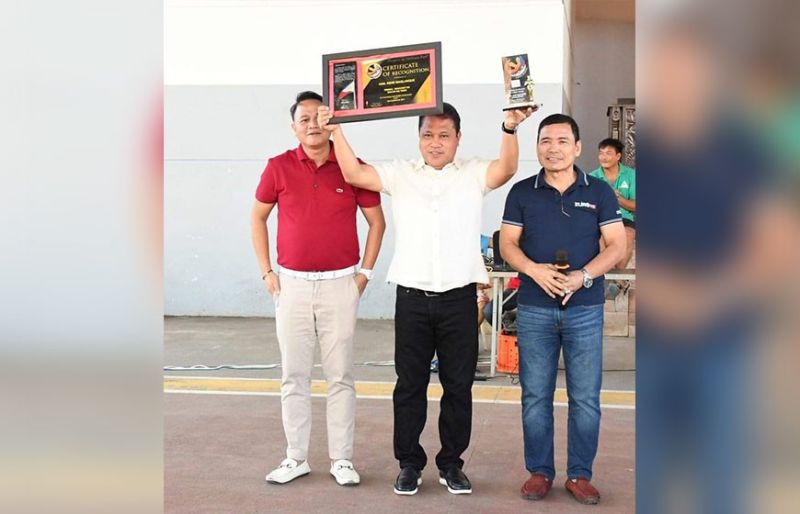 CANDABA -- Mayor Rene Maglanque of this town was conferred by the Gawad Filipino with the 2019 Dangal ng Bayan Filipino Most Outstanding Bayan award.

Gawad Filipino President Danilo Mangahas personally awarded the recognition to Maglanque in this town after the latter failed to attend the awards night held in Pasig City recently.

Maglanque is the only local chief executive in Pampanga who received the said award.

He joined mayors Isko Moreno of Manila, Vico Sotto of Pasig City, Francisco Zamora of San Juan City, and Joy Belmonte of Quezon City, among others in this year's roster of most outstanding mayors.

In his speech, Maglanque expressed gratitude to the award giving body for recognizing his efforts to develop Candaba and uplift the lives of his fellow Candabeños.

He also credited the support of his co-employees in the local government which led to the success of the projects he implements.

The Gawad Filipino Award, which is now on its 14th year, is an annual event that aims to recognize the excellence of individuals through their passion and work ethics that greatly affect the Philippine culture, traditions, and society for humane innovations.