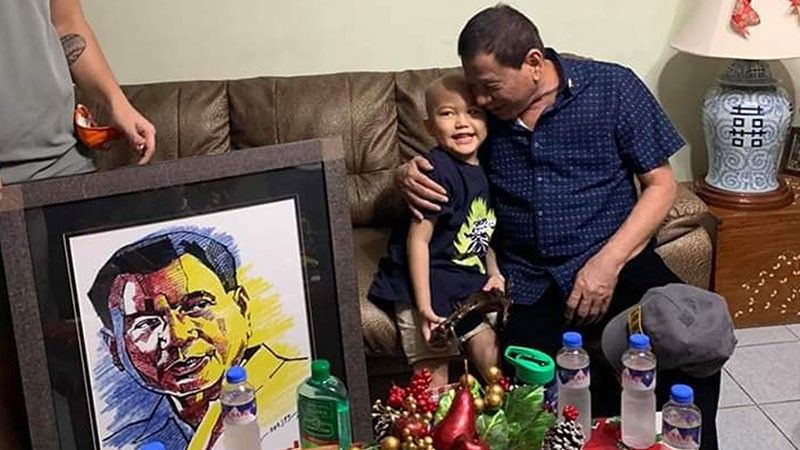 The younger Duterte, who is currently the acting Davao City mayor, said his father always makes time to celebrate the holidays with them, despite his busy schedule as the country’s top leader since he was elected in 2016.

“Kada Pasko ug New Year gatapok gyud mi ana (We always gather around as a family during Christmas and New Year),” the vice mayor said in an ambush interview.

“Usahay ra mi magtapok. Di gani mi makatapok-tapok inig pagka-birthday (It is seldom that we would be gathered as a family. Not even during one of our birthdays),” the vice mayor added.

Presidential Spokesperson Salvador Panelo said the 74-year-old President will most likely be busy performing his duty this upcoming break.

Panelo said Duterte still insisted on doing his job despite his doctor’s advice for him to take a rest, even during long holidays.

While staying in the city, Duterte also visits young cancer patients at the Southern Philippine Medical Center every year.

In a posted photo by Johanne Bernice Guirgen Wong, the President greeted the child upon seeing him patiently waiting in the living room and kissed him on the forehead, a sweet gesture from the President that is rarely shared to the public.

The President has been publicly known to have a “soft spot” for children, especially those battling with medical condition.