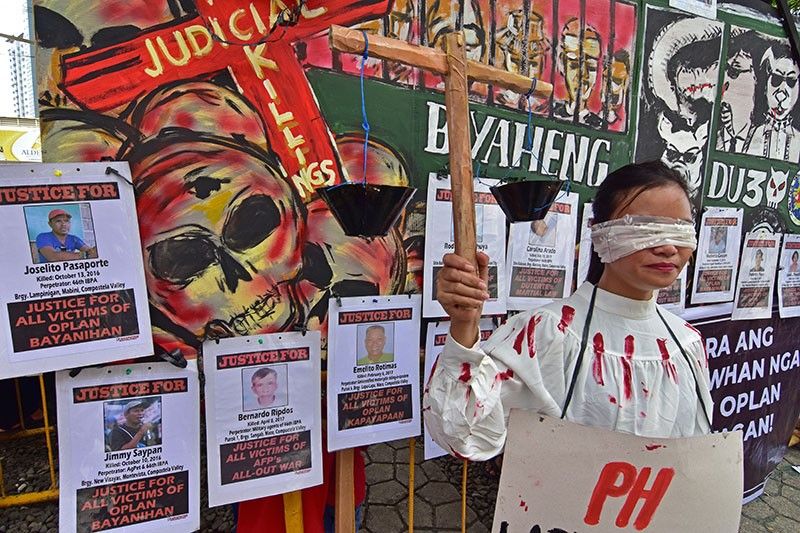 A TOTAL of 66 political-related killings in Davao Region were recorded, since President Rodrigo Duterte declared, in May 2017, martial law in Mindanao, a political activist group said.

Apiag added that 133 human rights defenders have been illegally arrested and facing trumped up charges.

On Tuesday, December 10, the group along with other progressive groups, demonstrated a protest in commemoration of the International Human Rights Day at the Freedom Park in Roxas Avenue.

He said they continue to denounce the worsening attacks against human rights defenders and critics under the martial law in Mindanao.

More than 70 years since the Philippines signed the Universal Declaration Of Human Rights during the United Nations General Assembly in 1948, he said the binding document remains to be just an “ordinary piece of paper” since rights abuses are still being made, even citing Duterte as the one who tolerates it.

He also said the whole-of-nation approach, a government program which aims to end local communist armed conflict through the creation of a national task force (NTF), was an excuse from the government to continue rights oppression.

He also said that while the group welcomes the President’s pronouncement of not renewing the martial law implementation after almost two years, he said rights abuses will continue as Defense Secretary Delfin Lorenzana had recommended for the amendment of the Human Security Act of 2007.

Apiag said Human Security Act is worse than martial law as anyone found suspicious could be detained immediately, in the absence of a warrant of arrest.

Aside from activist and other critics of the government, he said media personality could be targeted in the amendment, especially those who gather sources from the rebel groups.

Meanwhile, the Eastern Mindanao Command said it has not received reports about human rights abuse among its personnel during the martial law’s almost two-year enforcement, adding that the martial rule declaration has been beneficial in ensuring peace contrary to what other groups claim.