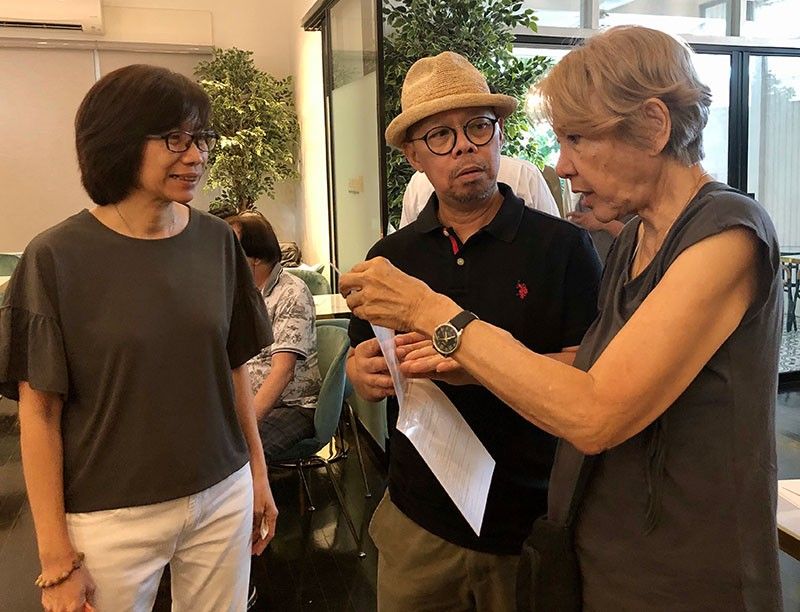 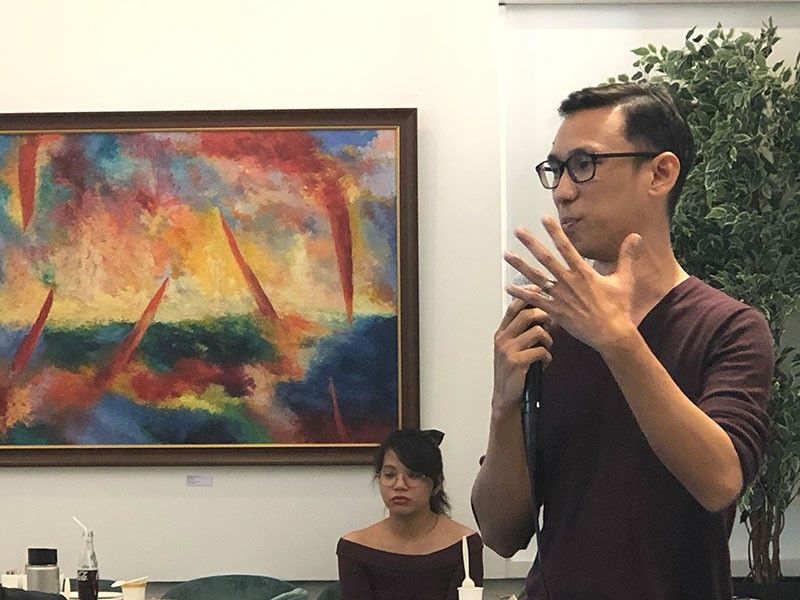 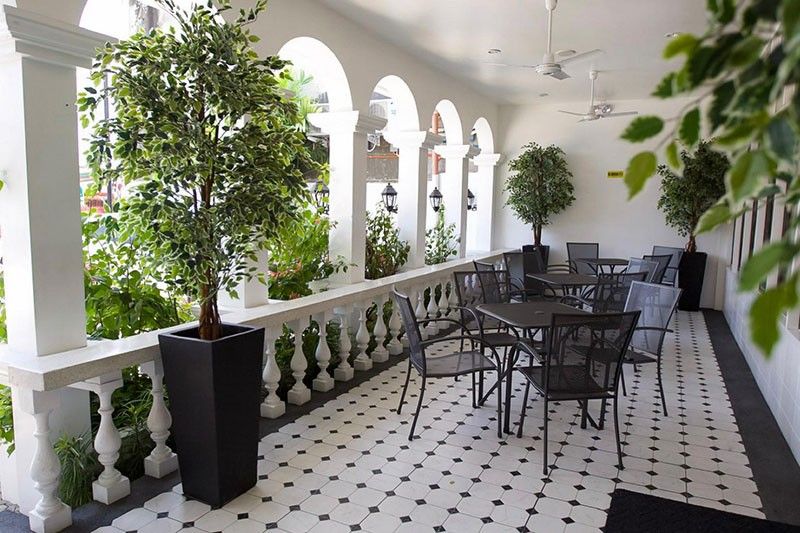 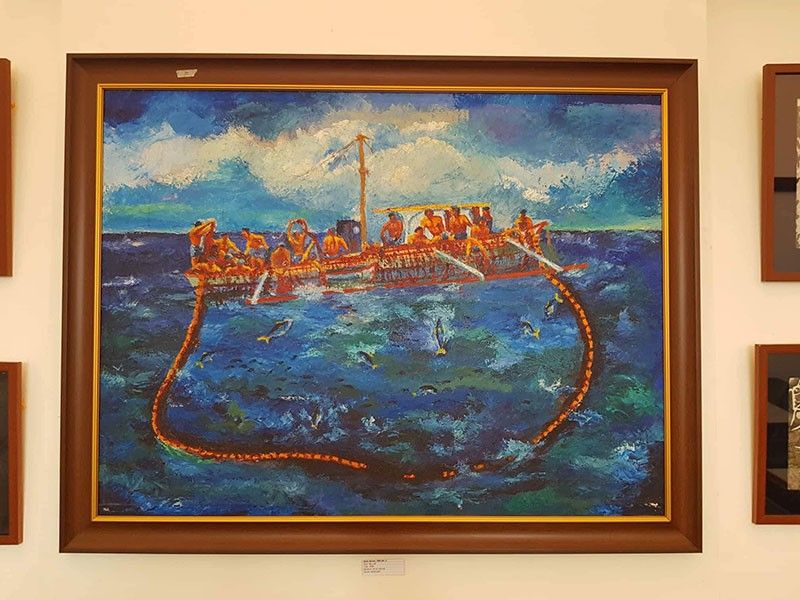 THE new café in Juna, Davao City proves that to make a good coffee shop takes more than good food and good ambiance. The story behind the pillars, the menu, and everything else should be equally interesting.

The 6th Republic opened its doors to the public on November 18 of this year, coinciding with the late Dabawenya writer Tita Agcaoili Lacambra-Ayala’s Roadmap Series launching which featured playwright Joshua Lim So’s “Tungkol kay Angela.” The opening was also simultaneous with the exhibit of the late Carlota de Pio’s artworks.

What used to be an old house was transformed by artist Lia Lopez Chua into a wonderful abode for Dabawenyo artists. Cebu-born but Davao-raised, Chua is one of many writers who lead a life of traveling and leaving and yet still consider Davao City their home. Chua now manages the new coffee shop with nephew Andrei Lopez.

During the opening, Chua jokes about how it is a need and a convenience for a good place where artists can hang out and catch up. After all, many local artists of Davao City are not anymore that fit to climb three to four flights of stairs to attend an art event. Some let out a spray of laughter understanding the subtle nod to a local bar in the city where local art events are usually staged by younger artists. The bar is located at the fourth floor of a building in Suazo St.

“The concept of The 6th Republic is a concept of a better place, a change in revolution,” Chua said.

She said most of the countries are already on their 5th revolution. She pointed out how some countries have successfully cleaned their own land of corruption. She mentioned South Korea which improved the things they are known to create like cars.

“They put Korea on the map. And we know that then the countries prosper, they start taking care of their artists. South Korea started taking care of their filmmakers, musicians, writers, etc,” said Chua giving everyone a clearer understanding how the coffee shop’s name came to be.

Artists that they are, they made sure that their menu says so.

They have signature liquored coffee whose name may be unusual to some but to others who are familiar with Dabawenyo artists, these may be very interesting details.

The 6th Republic offers beverage called T.A.L.A which is described as coffee with rum topped with whipped cream and chocolate shavings. Sounds impressive and interesting – what’s with the combination of coffee and alcoholic drink together? But what made it more interesting is that it is actually a nod to late Dabawenyo poet Tita Lacambra- Ayala who goes by the initials of Tala, a star.

John Bengan Pick Me Up, iced mocha coffee liqueur with vodka, is a nod to a Palanca-award winner fictionist John Bengan who is a Creative Writing professor now based in Davao City.

Intensity: The Joshua Lim So Special, iced orange rum coffee, is of course, a nod to the playwright Joshua Lim So whose play “Tungkol kay Angela” was on the latest Roadmap Series launched on the same coffee shop.

Josie Lim So-Soyong, Joshua’s sister, and their mother Lucy Lim So came to the launching on November 18 and thanked everyone who came at the intimate event.

Josie said her brother started writing the play in 2012, which won the Palanca shortly after.

She also mentioned how her brother, on days that he doesn’t write, would love to cook and bake for everyone at home.

This sisterly praise was not only pure words and were actually confirmed by everyone when they started serving the homemade ice creams made by Joshua himself that came in three flavors: Fudge & Cashews in Banana, Brown Butter Pecan, and the Earl Grey. Truly when you’re an artist, you excel in more than one field of arts. In Joshua’s case, it’s when he has a pen and a ladle in hand.

As everyone caught up with fellow artists and their mentors over lunch, different paintings of Carlota de Pio hung against the walls. Most of them were good conversation starters – something to break the ice, or to keep a discourse rolling.

Chua said before the exhibit itself she was able to persuade de Pio’s family to find some of her valuable paintings that they can clean up and stage for an exhibit.

De Pio came from a family of artists. In the 90’s she started with pen and ink but eventually moved to more complicated and sophisticated mediums which also created changes in her outputs.

“The way I saw my mother as a child was she was always painting, she was always creating. Her fingers were always dirty with chalk colors,” Khalil de Pio, son of Carlota, shared to everyone during the opening.

But remembering how his artist mother’s influenced changed the arts perspective of many artists in Davao, he added, “My mom is not just my mom. My mom is everyone’s mentor,” said Khalil.

Also present during the opening are the family members of Tita Ayala Lacambra who continue her Roadmap Series legacy.

The café offers good food, good ambiance – perfect for Instagram. But behind the meticulously designed corners of the coffee shop or the well-garnished dishes perfect for flat-lay photos, is a story of art and culture preservation beyond any Instagram caption can parallel with.