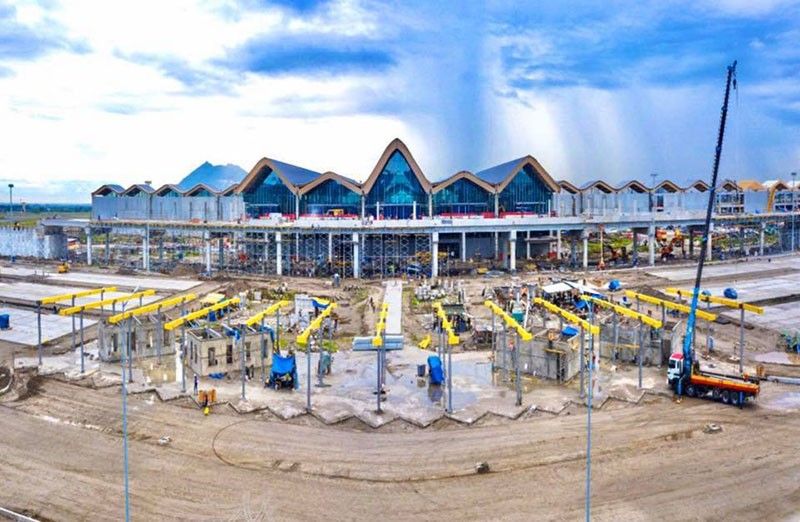 PAMPANGA. Construction of the new Clark airport passenger terminal is on track and would be operational by mid-2020. (Contributed photo)

CLARK FREEPORT -- The Clark International Airport estimates more than 12 million passengers per year once the new passenger terminal is completed and operational by mid-2020.

The Department of Transportation (DoTr) stated that the increase in the volume of passengers in Clark will help in the efforts of the government to decongest Metro Manila and the Ninoy Aquino International Airport (NAIA).

“Once completed by mid-2020, Clark International Airport will see a boost in its operational capacity from 4.2 million to 12.2 million passengers annually. This will help alleviate congestion at the NAIA and significantly enhance air connectivity in the region,” the DOTr stated.

Under the flagship “Build Build Build” infrastructure program, the accelerated pace of construction of the Clark airport’s passenger terminal building registered a 90.14 percent completion rate as of November 2019, according to the agency.

“The site preparation works for the new terminal as well as the earth works, foundations, substructures, superstructures and hollow core slabs are completed,” the department added.

Exterior finishing, internal building works, utility building, and electrical systems are all in various stages of completion, the agency said. All access road, including car parks, taxi buffer area, bus stations, vehicle control points, and other facilities are being expedited. The new passenger terminal is envisioned to be the pivot point in the rapid development of New Clark City and the rest of Central Luzon.

Various local and international carriers operate in Clark airport, which played a significant role in the recently-concluded South East Asian Games and the ASEAN Summit in 2018.