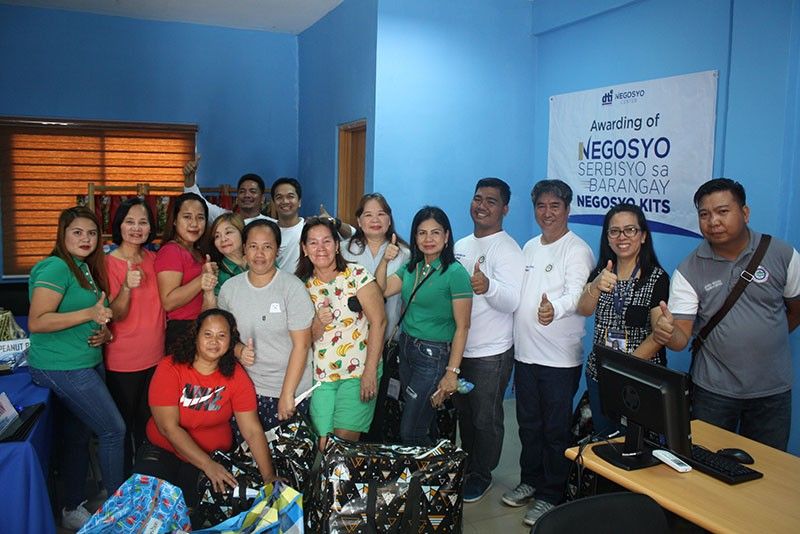 TEN micro entrepreneurs from the municipality of Sasmuan, Pampanga received livelihood starter packs or Negosyo Kits from the Department of Trade and Industry (DTI) during the opening of the Sasmuan Negosyo Center on December 12.

The Negosyo Center is the 17th and newest center to be opened this year in the province of Pampanga to provide micro, small and medium enterprises (MSMEs) in the area with services such as business name registration, barangay micro business registration, business advisory services, product development services and capacity building services.

The DTI Pampanga Provincial Office initially provided the livelihood kits to support the production of native products in the municipality. The starter packs included materials for the processing of food products used by MSMEs. The ten MSMEs include entrepreneurs producing delicacies like puto and kutchinta, native marine based products like “bagoong” alamang and “balo-balo,” peanut butter and atchara.

DTI Pampanga provincial director Elenita Ordonio said that their office will monitor the progress of the ten MSMEs and provide them other services such as product development and market promotion to ensure that the businesses of the beneficiaries will be sustained.

Regional director Angeles also noted that the Negosyo Center will continue to make DTI services accessible to many entrepreneurs in the countryside by collaborating with the local government units such as Sasmuan.

She also asked the participants to help disseminate to their community the availability of different services provided by the new Negosyo Center in order to further stimulate the local economy.

Amanda Coronel, barangay captain of Barangay Batang 2, expressed her gratitude to DTI for providing five entrepreneurs from her barangay with the starter packs they need to scale up their business. She assured that they will value the materials provided to them by the DTI and will strive to grow their businesses. (Warren Serrano)