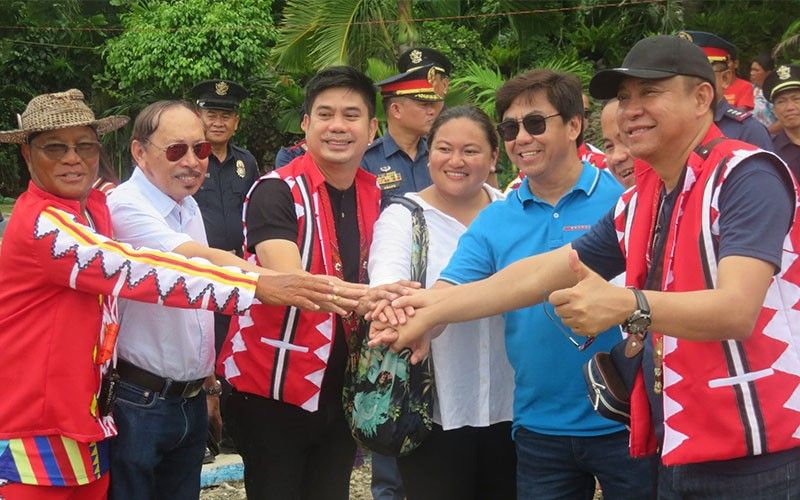 FOR the Lapu-Lapu City Government, recognizing the “balangay” as the national boat of the Philippines before 2021 would be another way to celebrate the 500th year of the arrival of Christianity.

During the grand launch of the 500-day countdown to the quincentennial celebration Saturday, the National Historical Commission of the Philippines also assured that the celebration would be “inclusive.”

As part of the activities for the launch, two replicas of the historic balangay made their ceremonial docking on the shores of Mactan Shrine in Lapu-Lapu City at noon Saturday, Dec. 14, 2019.

The Balangay expedition team announced in early November that two replicas of the boat would set sail on a symbolic voyage for the 500-day countdown to the quincentennial celebration of the Victory in Mactan and the first circumnavigation of the world.

Instead of the galleon which Portugese explorer Ferdinand Magellan boarded five centuries ago, the team opted to create replicas of the balangay to mark the quincentennial countdown.

The balangay is a type of plank boat adjoined by a carved-out plank edged through pins and dowels.

It was the first wooden watercraft excavated in Southeast Asia and showed Filipino craftsmanship and seamanship skills during the pre-colonial period.

Balangay recoveries have been made in several sites in Butuan, Agusan del Norte.

It had remained in use until the colonial period, with the earliest record in the 16th century in the “Chronicles of Pigafetta.”

“Our hero who once lived along this shore, Lapu-Lapu, and other ancestors, were once on board ships like this one, so it is just fitting that on the 500-day countdown to the quincentennial, we are graced with the presence of these majestic balangay replicas,” Chan said.

He said Datu Lapu-Lapu and pre-colonial “Oponganons” (natives of Mactan Island) were among those who had enjoyed trading and livelihood opportunities because of the balangay.

The mayor also pointed out that the presence of officials from Agusan showed Filipino unity amid diversity in culture and heritage.

The NHCP’s Escalante said traveling by balangay was one way to show homage to the Filipinos who lived 500 years ago.

He added that more than the defeat of Magellan, Filipinos should also take pride in culture and tradition.

“We want the commemoration to be inclusive. Although we will hold most of the activities in Lapu-Lapu and other parts of Cebu, we will invite a lot of cultural groups to participate. That’s why we have representatives from Agusan del Norte,” Escalante said.

Fortun, on the other hand, said the House of Representatives had unanimously approved on third and final reading House Bill (HB) 4953, which seeks to declare the ancient wooden boat balangay as the National Boat of the Philippines.

Fortun, who penned HB 4953, is hopeful that the Senate will approve the measure before 2021.

The landing of the balangay replicas was just the start of a grand event organized by the Department of Tourism at Hoops Dome in Barangay Gun-ob, Lapu Lapu City, on Saturday night.

On the arrival of his fleet in 1521, explorer Magellan, who sailed for Spain, introduced Christianity to the Philippines. But just a month later, on April 27, 1521, he was killed in the Battle of Mactan by local warriors led by chieftain Lapu-Lapu. The remnants of his expedition, now led by Juan Sebastián Elcano, fled and successfully returned to Spain in 1522, completing the first circumnavigation of the world. / FMD / RTF