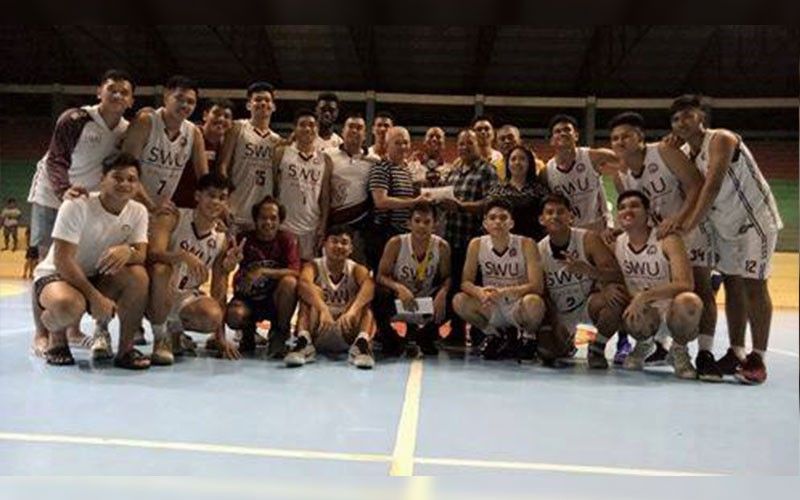 THE Southwestern University-Phinma punctuated their year on an apt note as they captured the championship in the 2019 Minglanilla Mayor's Cup Inter-Collegiate Christmas League after defeating the University of Southern Philippines Foundation Panthers, 90-81, in the finals at the Minglanilla Sports Complex last Friday night, December 13, 2019.

Senegalese powerhouse Lamine Thiam connived with Cesafi MVP Shaquille Imperial down the stretch to give the Cobras the win and the championship — their third this year after winning the Cesafi Partner’s Cup and then, the Cesafi men’s title.

Thiam finished with 28 points and was named the tournament’s MVP while Imperial added 12 markers. Red Cachuela and Dyll Roncal also had 11 points apiece.

It appeared as if SWU-Phinma would run away with the game as they led, 61-43, after a barrage of three-pointers from Thiam. But USPF came roaring back to within seven, 77-84, before Imperial wrapped things up for the Cobras by scoring on consecutive undergoal stabs.

The victory netted P100,000 for the Cobras while the Panthers settled for the runner-up prize of P60,000.