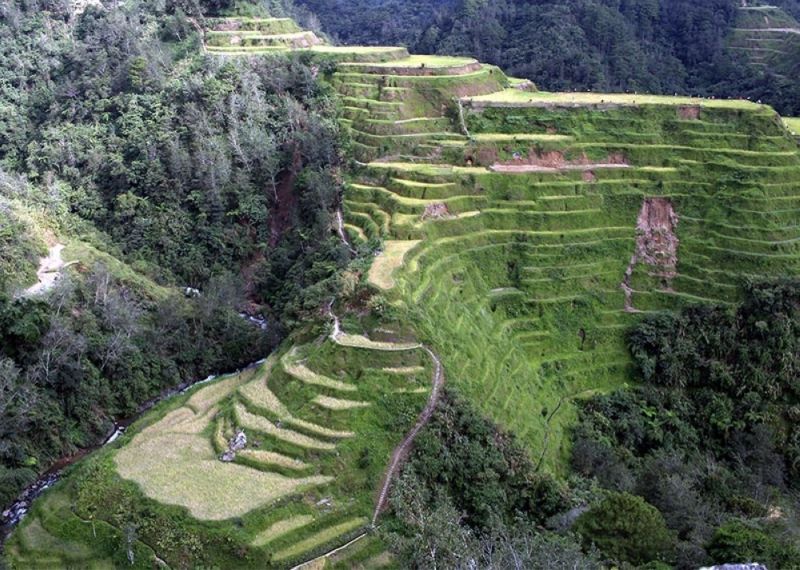 IFUGAO Governor Jerry Dalipog said P194 million will be allotted in 2020 for the rehabilitation of the rice terraces, which the United Nations Food and Agricultural Organization (FAO) had described to be “in a very critical stage of deterioration”.

Dalipog was caught off guard by the FAO statement on the state of the century-old rice terraces, which it posted on its website.

The UN unit said the “continued survival of the terraces is threatened by various factors such as environmental degradation, unregulated development and neglect brought about by urbanization and changing values.”

Dalipog said there has not been any communication from the FAO to the province regarding the state of the rice terraces.

He assured that international partners are aware of rehabilitation and restoration programs for the rice terraces.

The governor said the P194-million budget for the rice terraces in 2020 will be sourced from the Department of Public Works and Highways (DPWH) and the Tourism Infrastructure and Enterprise Zone Authority (TIEZA).

FAO noted that the “Ifugao terraces have shaped a characteristically landscape in the mountains between 800 and 1500 meters. Indeed, they were previously forested areas while others are presumably grasslands. It is however, the availability of water that dictates the Ifugaos to build terraces and allowed them to create this system.”

Over the last century, the rice terraces had been self-sufficient in food, timber and water.

But it has deteriorated and, in its present state, does not allow the local communities to overcome the poverty line.