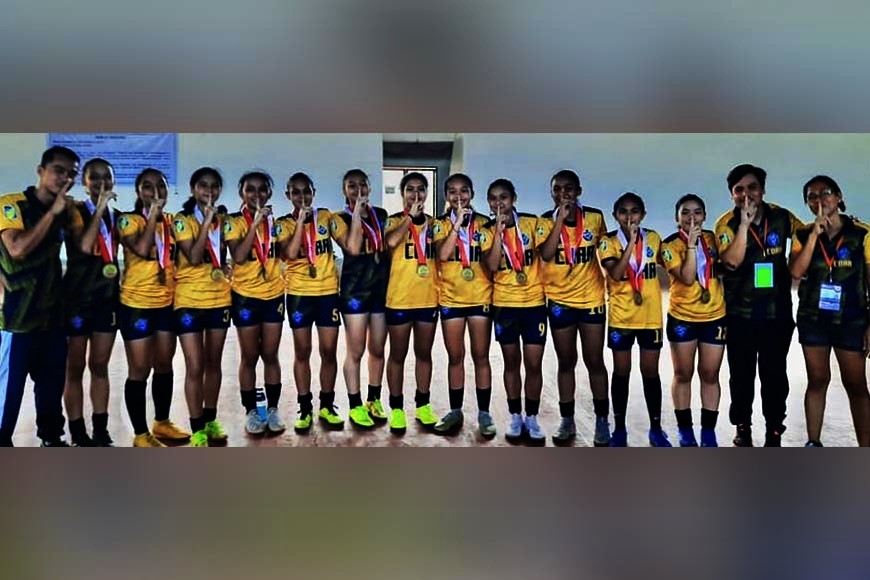 The CdO girls of coach Paul Cabio once again leaned on the superb performance of striker Chantal Van Ommeren in the semis and the finals to ensure a berth in the Palarong Pambansa set in Mindoro in April next year.

Van Ommeren, who was the top scorer and the Most Valuable Player of the tournament, scored four goals in their 6-4 win over Bukidnon in the semis. Maliaka Chavez and Alexa Cailing added one goal each to seal their place in the finals against Valencia City of Bukidnon.

Valencia City of coach Jasan Andagan escaped past the tough Ozamiz City Girls of coach James Dela Vega, 3-2 but paid a heavy price as they lost their key players Mitch Absalon and Ronah Dunque to injuries for the championship match against CdO.

Absalon, Dunque and Mariz Econg who are from First Fruits Christian Academy, scored one goal each in the semis against Ozamiz City.

Van Ommeren of St. Mary’s School of Macasandig then completed a heads up performance with two more goals in the championship that fueled a runaway 4-0 conquest of Valencia City with Chavez and Cailing joining the fray.

The 16-year-old Van Ommeren, the daughter of Edward and Sally Paras Van Ommeren, has piled up a total of 16 goals including 10 in the elimination round to lead the CdO girls to five- straight wins without a single defeat.

Not to be outdone, the CdO Secondary boys team of coach Marc Racines also swept all their opponents from the elimination round up to the championship to advance to the Palarong Pambansa.

MJ Hojas of Corpus Christi High School scored two goals in their 2-0 win over Ginggoog City in the championship.

The COAA boys composed of players from Corpus Christi High School, Rosevale School, and Abbas Montessori School advanced to the championship after surviving Iligan City 1-0, in the semis. (l.biantan@gmail.com)