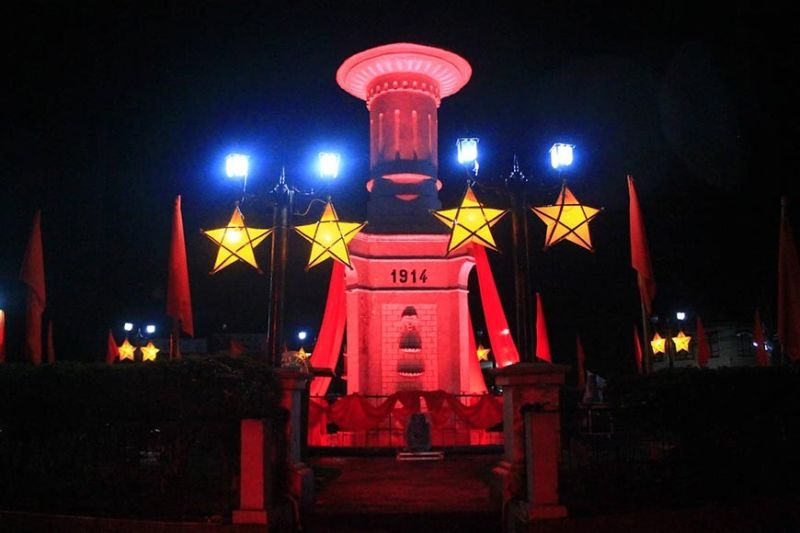 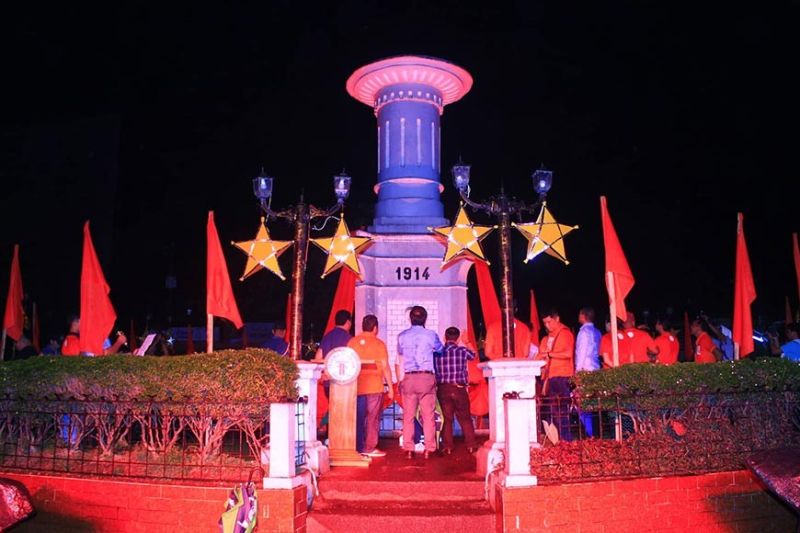 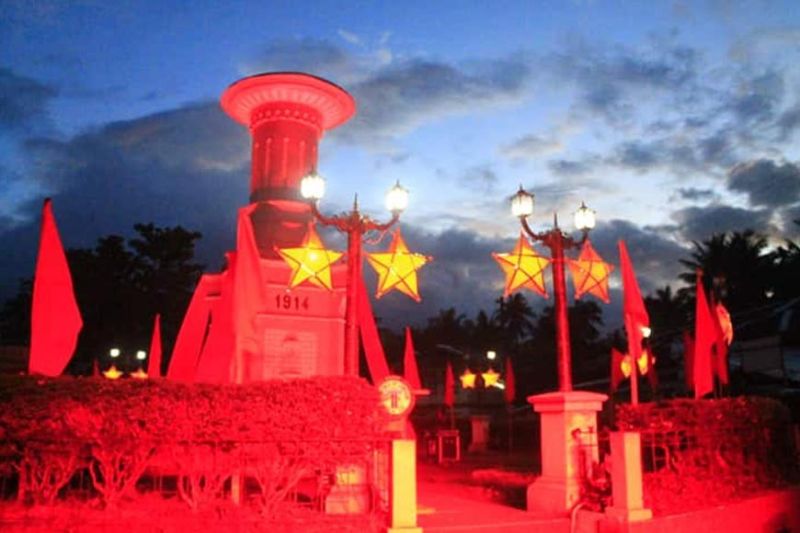 THE Department of Tourism (DOT)-Northern Mindanao lit up Camiguin's historical Plaza Union orange as part of its national campaign to end violence against women on Thursday night, December 12, in Mambajao town.

"Orange Your Icon", an initiative of the DOT and the Philippine Commission on Women, is one of the highlights during the 18-Day Campaign to End Violence Against Women (VAW) which aims to strengthen the anti-VAW advocacy by enjoining new audiences to join the cause.

The United Nations define VAW as "any act of gender-based violence that results in, or likely to result in, physical, sexual, or mental harm or suffering to women, including threats of such acts, coercion or arbitrary deprivation of liberty, whether occurring in public or private life."

Anchored on the theme, "VAW Free Community Starts With Me," the idea behind the said activity, according to DOT-Northern Mindanao Gender and Development Focal Person Beverly Tapongot, is to attract the public's curiosity on why major landmarks or icons nationwide are colored orange, thereby providing opportunities for advocates to explain the anti-VAW advocacy.

As to why it's color orange, Tapongot said that as a bright and optimistic color, it represents hope and a future free from violence women and girls.

"Violence against women and girls is not just a major public health problem but also a grave violation of human rights. It extremely manifests gender inequity, targeting women and girls because of their subordinate status in the society," Tapongot said.

"Violence and the threats of violence can be experienced by every women of any age, skin color, gender identity, ethnicity, religion, disabilities, economic and social status," she added.

Provincial Governor Jurdin Jesus Romualdo, for his part, said that while there are zero filed cases that involves violence against women in Camiguin, it does not mean that it is not happening in the province.

Romualdo said that female victims of violence, particularly the wives, tend to drop the cases in the fiscal level in fear for their children if their husbands are in jail.

The governor also urged men to treat women with respect and love.

The 18-Day Campaign to End Violence Against Women started on November 25 to December 12 to raise awareness among all stakeholders that VAW is a public issue of national concern.