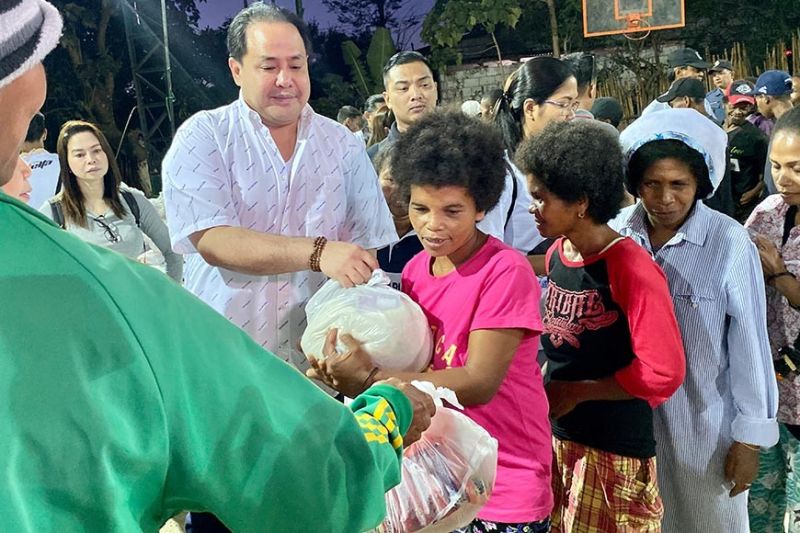 CHRISTMAS is truly in the air as Pampanga Governor Dennis “Delta” Pineda is continuously bringing smiles and joy to some 4,687 Indigenous People (IP) in the upland areas of the province.

Pineda and Second District Board Member (BM) Mylyn Pineda-Cayabyab personally visited the IP communities in the towns of Porac and Floridablanca, and Mabalacat City on Saturday, December 15.

Pineda said this gift-giving has been a tradition started by his mother, then Governor and now Vice Governor Lilia “Nanay” Pineda.

(It’s been 10 years of our tradition to give gifts to indigenous people. We continue supporting them, the Capitol is always ready to help them.)

For her part, Cayabyab said this is the way of the provincial government in giving back the support they have extended to the present administration.

(We’d like to show them that even if it is not election time, we are here to greet them a merry Christmas and a prosperous New Year.)

(We hope they liked our little presents for them.)

Each of the beneficiaries received pack of hotdogs, frozen meat, canned goods, and five kilos of rice which they partake during their noche buena on Christmas Eve. (PR)