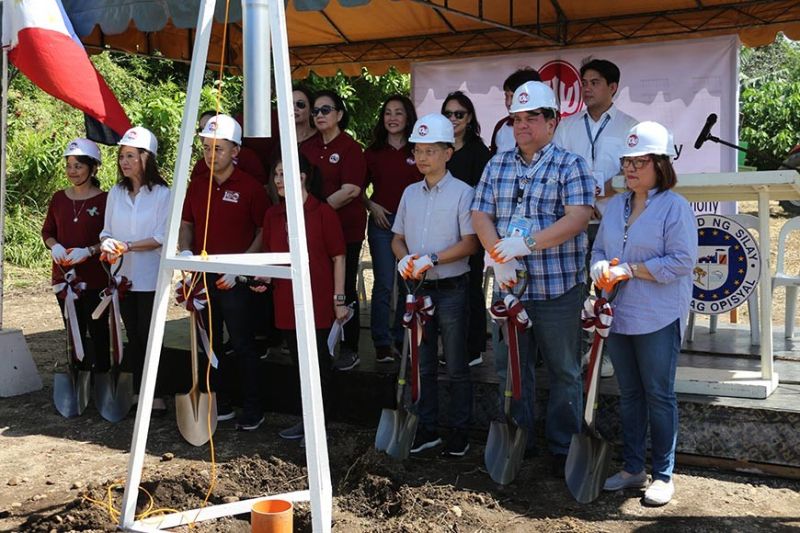 ON ITS centennial year, the Philippine Women's University will build a new campus to serve the Visayas Region and continue its enduring commitment to education that it started in 1919.

The PWU in Silay City will be known as the Pablo Jison Campus, in thanksgiving and appreciation for the generosity of the late Pablo Jison and family who donated the three-hectare property in San Diego Dos in Barangay E. Lopez.

Benitez, who served as president of the PWU prior to his election to Congress, said the centennial project is truly historical as it will bring the PWU brand of education that breaks down academic barriers, leading to the full participation of the community in development endeavors.

PWU president Marco Benitez in thanking the Jison family, welcomes the opportunity to serve not only the Negros community but the Visayan Region as well in bringing the PWU core values through education – personal integrity and spirituality, family solidarity, community participation and group democratic living.

Speaking in behalf of the Jison family, Mrs. Tess Jison Golez echoed the vision of her late father, to be of service to the Silaynons and to contribute to the development of the city, as she cited the family’s decision to donate the PWU site.

The land was donated during a simple signing ceremony held last February 23, 2019 together with the Jison family led by Mrs. Elisa Jison. (PR)