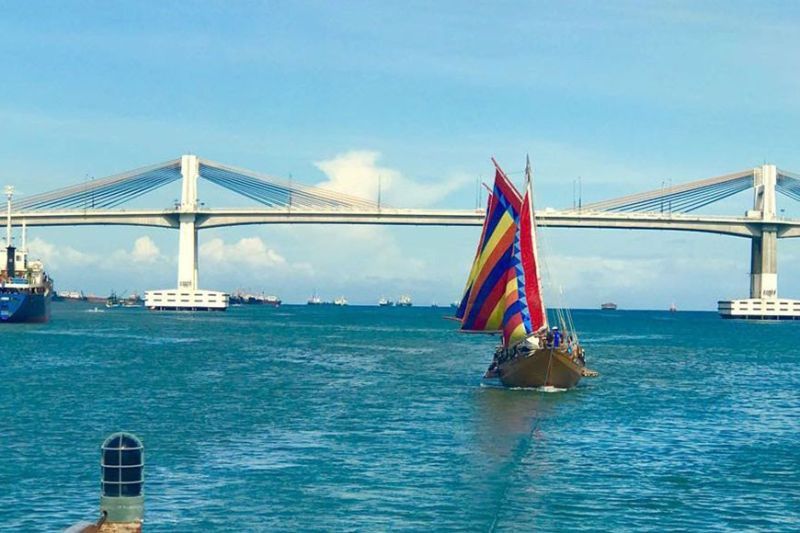 SEEKERS. Replicas of the “balangay,” the wooden boat used by prehispanic Filipinos, were recently launched for the 500-day countdown to the 2021 Quincentennial. Stakeholders’ vow to keep the celebration inclusive is overdue for Filipinos’ collective rediscovery of history, identity and consciousness. (File Foto)

The decisive battle fought between the Spaniards and Cebuanos on the island of Mactan is both visible and invisible in many Filipinos’ grasp of our nation’s story.

On April 27, 1521, a Spanish force of about 50 men, including the Portuguese explorer Ferdinand Magellan, was repelled and defeated by Datu Lapu-Lapu and his warriors.

As chronicled by Antonio Pigafetta, an Italian historian who accompanied the Spanish expedition and survived the battle, Lapu-Lapu opposed the order of the baptized rajah of Cebu, Humabon, that all the chiefs should convert to Christianity, swear allegiance to King Carlos I of Spain and supply the Magellan expedition with tributes of food.

Generations of elementary students read and memorize textbook accounts that frame the “bloodthirsty” interlude framing Lapu-Lapu’s resistance as a heathen’s rejection of the civilizing touch of Christianity’s redemption of the country.

Compared to the slashing of colonial ties by Andres Bonifacio and the Katipuneros, the “battle of Mactan” is often recast as an anomalous sideshow prefacing the three-century rule of the cross and the sword.

The Lapu-Lapu City Government’s annual commemoration of “Kadaugan sa Mactan” attempts to rework the clash between invaders and natives as a victory (“kadaugan”). From “gubat” (Cebuano for battle) to “kadaugan” is a shift in storytelling, emphasizing native resistance to the foreign and defense of home against invaders.

Perhaps if the dramatized reenactments of the “Kadaugan sa Mactan” did not blithely ignore contradictions—show versus substance, casting of Manila actors over local thespians in major roles—the story of Lapu-Lapu may leave a more telling and lasting impact on not just tourists’ attention but Filipinos’ consciousness of their past and continuing reeducation on the connections between history and contemporary life.

For what took place on the morning of April 27, 1521 is a liminal point, a potential threshold changing national consciousness.

The warriors’ courage in defense of home and land and their tactical use of indigenous familiarity with the coral-strewn coast and poison-tipped arrows to defeat the enemy’s superiority in canons, musketeers, and crossbow-men illuminate a significant meaning-making event in the archaic epoch before the interminable stretch of colonization’s iron grip on our national story.

As a boundary marking the Filipinos’ transition from being a collection of warring tribes to a proto-nation, the “Kadaugan sa Mactan” has yet to be fully explored and understood by Filipinos. Who were we before the colonizers came and took over our stories? Who were the “natives” before they became the “Indios” of the Spaniards and the “little brown brothers (with no mention even of sisters)” of the Americans?

Recently, the House of Representatives unanimously approved on third and final reading House Bill (HB) 4953, which seeks to declare the “balangay” as the National Boat of the Philippines.

The wooden boat was put to myriad use by prehistoric Filipinos, from transport to trading and war. Pigafetta noted the presence of “twenty to thirty balanguais” that accompanied the ship taking Magellan to the invasion of Mactan.

Inclusivity demands a reinvestigation of the dominant discourse that privileges one version or actor’s role to incorporate voices that are ignored, glossed over, silenced.

In this predominantly Catholic nation, it will be a feat to apply an “inclusive” lens to the 2021 Quincentennial. Yet, as a people, we should have the courage to illumine the darkened corners of the nation’s myth-making.