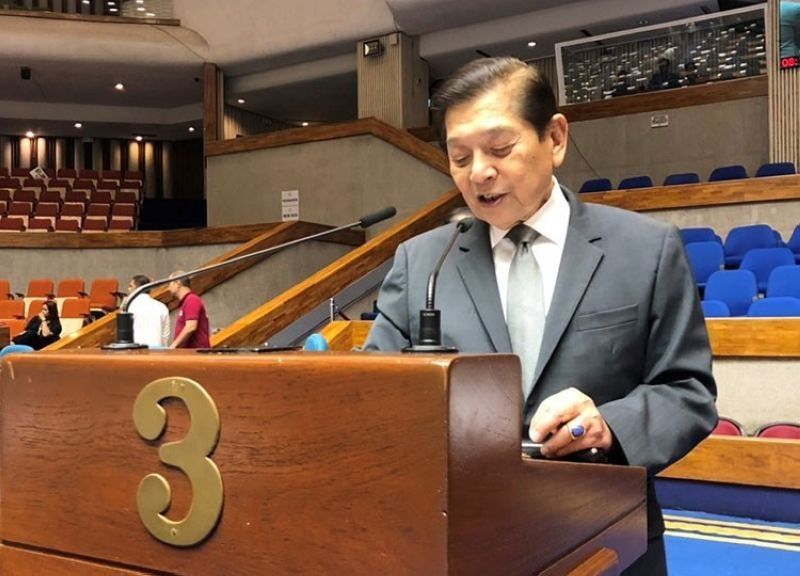 The proposed revisions that were passed in the committee hearing included the provision that would grant the Congress to pass a law that would ease foreign investments in the country, block voting for the country’s president and vice president, and extending the term of the local government unit officials and members of the House of Representatives from three years to five years.

Del Mar, for his part, did not agree with the proposed five-year term as it is too long, adding that a four-year term is enough since the current three-year term is too short for a lawmaker.

As to the senators, the House committee proposed to increase their number to 27 from the current 24. However, their term will be cut from six to five years.

The constituency of the sitting senators is national in scope. However, the resolution of the House committee on constitutional amendments states that three senators will be elected from nine regions such as the National Capital Region, Northern Luzon, Southern Luzon, Bicol Region, Eastern Visayas, Western Visayas, Northern Mindanao, Southern Mindanao and Bangsamoro Autonomous Region.

However, Central Visayas is not included in the resolution, which del Mar found disagreeable.

“Central Visayas must not be excluded as one of the regions which shall have the same number of senators,” he said.

The veteran lawmaker agreed on the proposal that the president and vice president would come from the same political party.

Cebu City South District Rep.Rodrigo Abellanosa believed that the proposed constitutional amendments are “too raw,” saying the proposed amendments still have to go through a long process.

The House committee on constitutional amendments’ proposed changes do not follow the 1987 Philippine Constitution, which states that there are only modes for amendments—Congress convening itself into a Constituent Assembly, the people electing a Constitutional Convention and the People’s Initiative, where Filipinos can directly propose changes in the charter. All three modes of charter change require ratification by a majority vote in a national referendum.

The current constitution was crafted by the 48-member Constitutional Commission created by then President Corazon Aquino in 1986. Aquino became the chief executive after the People Power Revolution deposed strongman President Ferdinand Marcos.

Aquino opted to create a new charter to revoke several provisions of the 1973 Constitution adopted during Marcos’s authoritarian rule, including the unicameral legislature (the Batasang Pambansa), the Prime Minister’s office and the provisions which gave legislative powers to the President.

The constitution was ratified by a nationwide plebiscite on Feb. 8, 1987.

It reestablished the democratic institutions and three branches of government—the Executive, Legislative and Judicial departments that have separate powers to check each other and prevent abuse of power. (JJL)