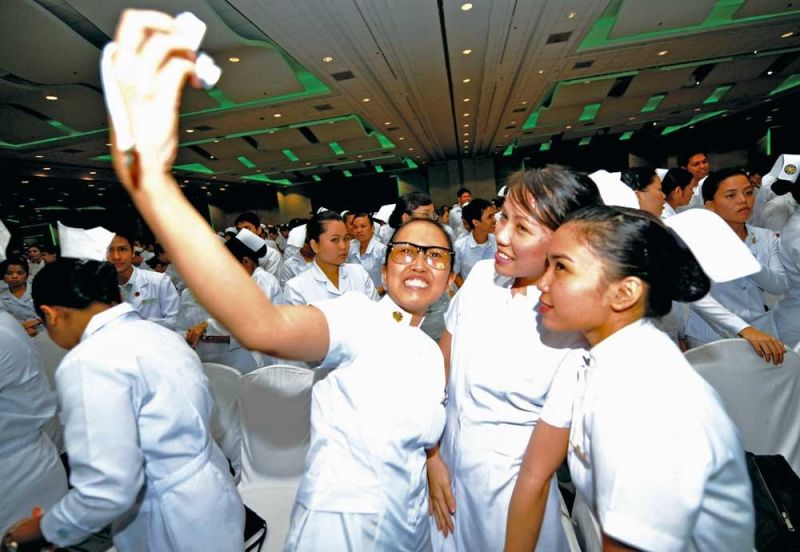 WHERE HAVE ALL THE NURSES GONE? The low salaries offered by private hospitals are reportedly forcing many new nurses to join government health institutions or the Business Process Outsourcing sector, which pay more. As a result, some private hospitals have allegedly been forced to close wards. (SUNSTAR FILE)

A SHORTAGE of nurses plague private hospitals in Cebu, forcing some to shut down rooms or even entire floors. As a result, some patients are forced to wait long hours in emergency rooms or in hospital hallways.

“It’s true that there is a lack of nurses now. Even some private hospitals in Cebu, particularly, are lacking 200 nurses. One government hospital is in need of 50 nurses. In fact, I was interviewed about the wards being closed, which is really true,” he told SunStar Cebu in a mix of Cebuano and English.

“In the ICU (Intensive Care Unit), the ratio should be 1:1. If it’s a maternal facility, it’s another ratio. But what’s happening now is one nurse for one ward,” he said in a mix of Cebuano and English.

He said several factors have contributed to the shortage of nurses in private hospitals.

According to him, nurses in government hospitals are paid more than those working in private hospitals.

In November 2019, the Senate approved on third and final reading the proposed P4.1 trillion 2020 budget with a “special provision” for a fund to grant pay increases to nurses in government health institutions.

Descallar, in an earlier interview, welcomed the development but he wanted to know what would happen to nurses working in private hospitals.

Many are going abroad or have entered the Business Process Outsourcing (BPO) sector, he said.

“For example, there are some BPOs now that are hiring USRN (US-registered nurses) and Filipino-registered nurses and are offering bigger salaries. So instead of going abroad, some nurses work here but receive international rates. One of their jobs is to review charts of patients abroad,” he said in a mix of Cebuano and English.

Salome Siaton, Department of Labor and Employment (Dole)-Central Visayas director, who also attended the leaders’ summit, said they received similar information from the Hospital Industry Tripartite Council (HITC), which is composed of labor, management and government representatives in the health care industry.

“There are issues and concerns that have already come to the attention of the HITC in the region. One of them is because of the under-supply of nurses. They are made to handle more patients, which leads to more stress and makes them leave. Some complain of having to do non-nursing work from inventories of supply, running errands on top of their nursing duties,” she said in her speech.

“During the May 1 and June 12 jobs fair, we saw there was a big need for nurses in the local level and abroad. So, with that figure, there really is a problem,” she said in a mix of Tagalog and English.

She said the situation could worsen as there would be no nursing graduates for the next two years as one of the primary effects of the K to 12 program.

In her speech, she announced a moratorium on sending nurses abroad as one of the proposed solutions to the shortage problem.

“That’s the request of some concerned employers. We might be forced to do that if they can’t hire any nurses. With that, our stand is to course the proposal through the HITC because if the labor, management and government will agree with it, they will come up with a resolution and send that to the national HITC. It’s up to them to say if a moratorium is doable. But maybe the moratorium is not the best course of action,” she said in a mix of Tagalog and English.

Siaton said nursing organizations could come up with a resolution that would raise the salary of nurses in the country.

Descallar echoed her sentiment, saying private hospitals should come up with policies and legal remedies that will look into increasing the salary of nurses.

“We are not holding you to go out for greener pasture, but for our new nurses, you have to serve at least a certain period of years here before leaving the country because, in the end, the real essence of the nursing profession is to give care and to serve,” he said in a mix of Cebuano and English. (WBS)