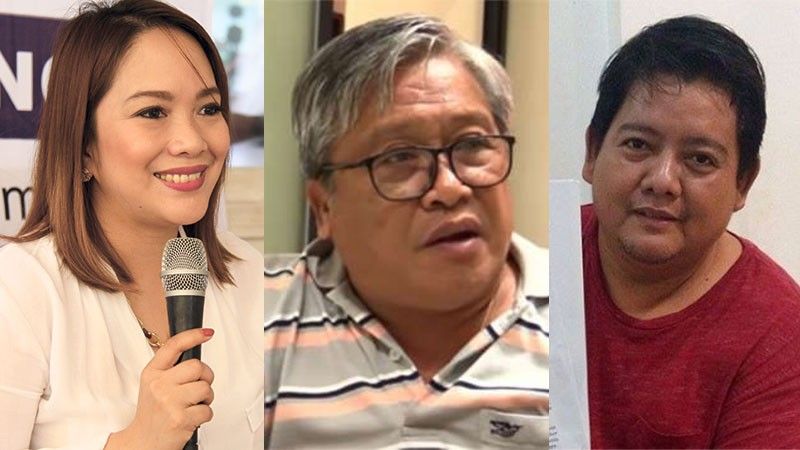 THE long-running feud between Cebu City Councilor Niña Mabatid, on one side, and veteran politicos Jun Alcover and Ramil Ayuman on the other, may be over.

At least for now, while a supposed "truce" is being observed by the combatants whose quarrel was magnified recently when Councilor Niña made a privileged speech in the City Council and filed a libel suit against Alcover and Ayuman and one employee who complained of sexual harassment against a city official known as a Mabatid leader.

While the truce holds, Mabatid may cease fire in public forums and the Alcover-Ayuman duo may suspend their Facebook posts against the councilor.

A story says the quarreling members of Partido Barug were brought together and "reconciled" with one another in an almost tearful scene at the recent Barug Christmas party. The mediators: Mayor Edgar Labella and Vice Mayor Mike Rama.

The "truce" might even lead to the dropping of libel complaints against Alcover and Ayuman and the withholding of the charges of violation of the Anti-Wiretapping Act against Nina.

How about Edgar, Mike?

Apparently, at least in the public eye, there is no serious quarrel between Mayor Labella and Vice Mayor Rama.

Unlike the Mabatid-Alcover/Ayuman match, Edgar and Mike have not been seen or heard sniping at each other.

The mayor and his VM were the ones credited for reconciling Niña with Jun and Ramil. It would've been incongruous for them to patch up a quarrel if they themselves were having a spat. Or did it look like that?

As a City Hall observer said, "Let's watch the next few weeks or months. They might keep the truce until the next election season. We'll 'see the scattered.'"

Few company ads, none in several months before Monday (December 16), that will compare in color and hype to the full-page ad on Page 3 in SunStar Cebu, titled "To the Persons Who Are Slandering Plantation Bay about Alleged Food Poisoning."

Its most forceful argument that the complainants couldn't blame the company was that it was an "open buffet which served about 140 other guests: "The only ones who claimed to get sick" were the complainants. They must have been "very intelligent poisons that targeted only your group but bypassed everyone else."

The ad's other theories for the alleged cases of poisoning, however, were what provided the fun and interest usually found in a top-notch feature.

Where could they have gotten the poison? Among others:

[1] At the hospital firm where the alleged victims work since "the cleanest hospital is full of viruses, germs, toxins and biological wasters.... (and) thousands of sick people."

[2] Carelessness in wiping oneself after defecating, the using filthy fingers to handle food. And, aha, this: "practicing oral-to-rear-orifice sex with a dirty partner."

[3] Some got the poison "elsewhere, or from their own filthy habits..." Or it could be "just someone's invention or exaggeration, a pathetic attempt to earn some extra money through blackmail this Christmas."

The ad stand out as one that packs a wallop, with the gloves off, and no punch held. It was more interesting reading than some stories and features in the news pages.

It even carried an apocalyptic prediction of complainants facing "crippling legal costs," or being fired from their jobs, losing their livelihood, facing "jail time" or suffering "other punishments from God and Karma."