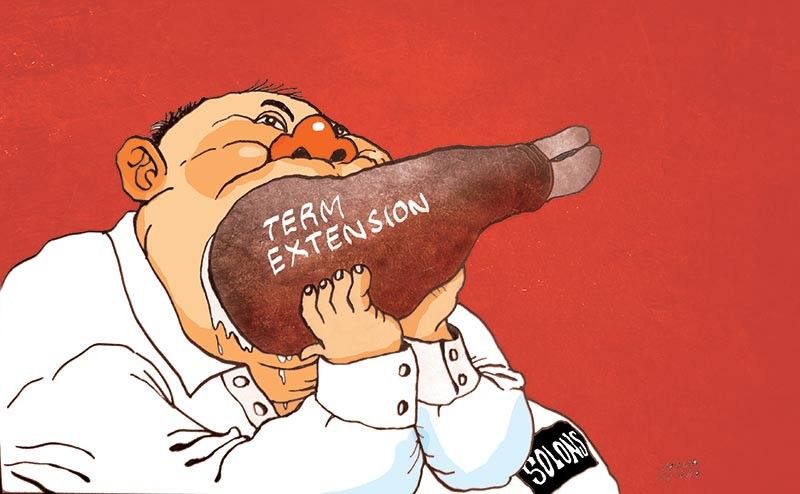 THE knock-on effect of a House committee’s break-neck move to push for constitutional amendments is that it throws its very proponents away from reality. That’s how power deludes politicians into believing that billiard balls can grow hair. But, as one pundit once said, don’t criticize politicians too much; they might just know what to do. But we’ll get to that.

The term “hungry detergents” was introduced as a trademark by marketing firm J. Walter Thompson in 1969 when it tried to sell a Levers Brothers Co. detergent called Drive, which featured “En-zolve,” an enzyme that ate up stains on clothes. The animated TV commercial showed a bunch of zealous, Pac-man like characters gobbling just about any stain in sight. In its three years in the market, Drive knocked Tide, then a brand that built itself for 25 years. The commercial has since then marked a visual of the famished “En-zolves,” the “hungry detergents” that would soon be appropriated into metaphors for people with insatiable lust for anything, including power.

The House committee slipped, among many other things, a provision on term extension in its proposed constitutional amendment—specifically five years for congressmen. Magnifying the humor is the word that the current lawmakers won’t be able to benefit from the extension; the next wave of solons will.

If anything, that little or large provision is symptomatic of a mindset strung out with power—one develops the talent for unintended humor.

No small thanks to Cebu City North District Rep. Raul del Mar. He speaks up in Congress to express his disagreement on some points in the proposed amendments. On the proposed five-year term for congressman, Del Mar said it may be too long, although he proposes four years. He also disagrees on passing a law to ease foreign investments.

Del Mar, however, agrees on block voting for President and Vice President, the wisdom of which probably escapes many.

The 1987 Philippine Constitution provides three modes for amendments, but all three must require ratification by a majority vote in a national referendum. From that point of view, it appears any proposed amendments may have to hurdle tougher terrains.

The political climate, however, may allow perverted scenarios, and that makes this ever-looming attempt for Charter change something the citizens need to be vigilant about. While alive, the hungry detergents in the 1969 laundry agent commercial wolfed on stains of all nature and succeeded. A few years after, the product was banned for reasons that the enzymes would cause untoward harm on the environment. But the phrase “hungry detergent” survived.