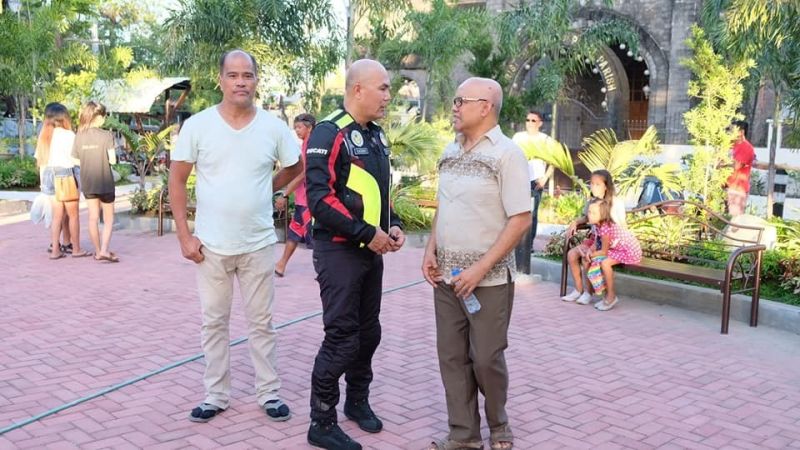 He was received by Christ Prince of Peace Most Reverend Father Jake Viray and barangay kagawad Jerry Nunag.

The rehabilitation of the public park is part of the City Government's urban renewal and revitalization program.

According to Paquia, many inner city areas have deteriorated over time from years of neglect and lack of effective urban management.

"People add floors to already unsafe structures, patch out gaps. Whatever public spaces are left are becoming smaller and smaller, and private spaces increase and encroach on public spaces. That's why we find these shanties hanging on the back of esteros and rivers," he said.

Paquia, who is also the City Government's chief-of-staff, assured that a public park in the city will "not just be benches, unsafe, uneven flat spaces and zero friendly kid's park."

"This current administration swung for the fences on this one and it will be indeed, a game changer," Paquia said.

Meanwhile, Garbo said, "What is more practical advice is that if there is an opportunity to develop a public park, no matter how small it may be, for example, a small intersection or corner where we can put a little bench, just to maybe initiate the idea where we can have green and open space, let's use it."

Mabalacat City is one of the progressive cities that received funding and technical assistance in 2019 from the Department of Budget and Management (DBM) "Green Green Green Program," a unique initiative that aims to make all of the Philippines' cities livable and sustainable through the development of public open spaces.

CPDO's Architect Iry Lising drew the design with the DBM's personnel supervision because of certain restrictions. Meanwhile, Edelin Zabala, also from the CPDO office, handles the processing of necessary documents.