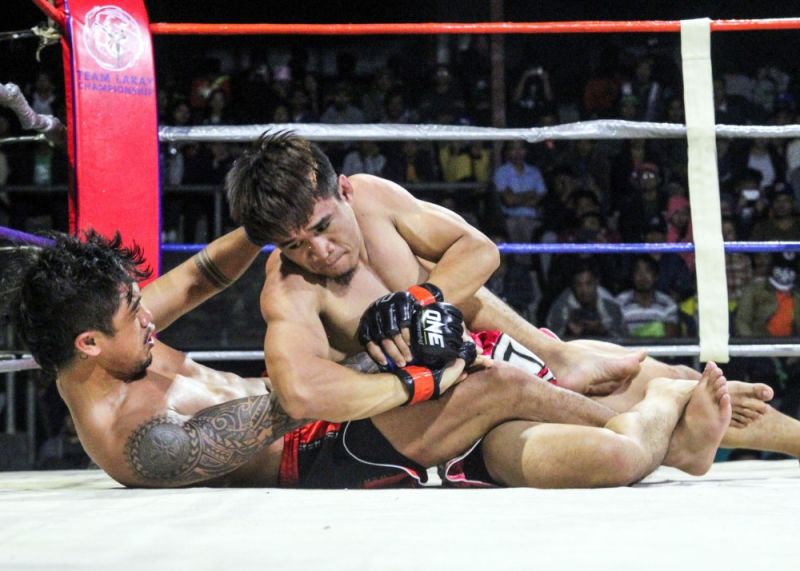 Nawen, who last saw action in 2016, made his comeback last weekend with a resounding victory in the first round via rear naked choke against Mhel Clinton Remolar during the weekend at the jam packed Benguet Multi–purpose Gym.

Despite his three year hiatus, Nawen showed brilliance in his striking and ground game against an equally talented Remolar of Tribal Torogi as both fighters traded and landed some combination before the Team Lakay fighter shot for a takedown en route to a first round finish.

In the co-main event, Khrystal Yvonne Malecdan earned a victory with a third round referee stoppage against Vannah Ibag in the third round in a kickboxing match of the event co-presented by Team lakay and Provincial Government of Benguet.

Carlos Alvarez also had an impressive debut stopping John Farnican in their MMA bout with a rear naked choke in the first round.

Japanese fighter Daisuke Maruyama won against Rodel Degay via arm bar in the first round while Jay-ar Malanang scored a split decision versus Denver Sungaben and Salvador Tanggacan securing a unanimous decision over Gabriel Andres as Filmar Quezon stopped Benny Felwa in the second round with a ground and pound.

In other kickboxing matches, Kurt Lubrica won via a second round TKO against Darren Padsigan with Edilberto Coquia’s opponent Xavier Villanueva surrendered before the bell rings in the second round as John Ray Galanto edged Carlo Bumina-ang with a first round TKO while curtain raiser Zyra Bon-as won via decision against Jheyke Aguinoas.