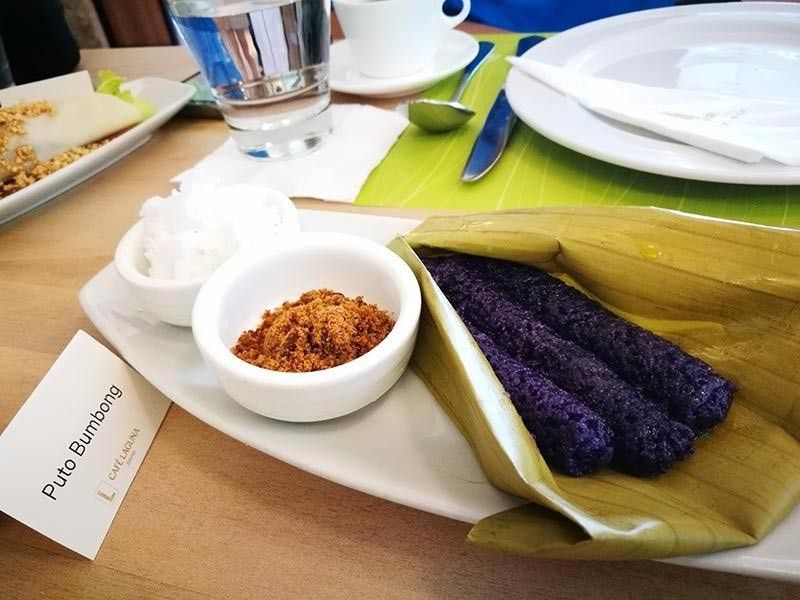 ‘TIS the season once again where Catholic faithfuls go to church to hear pre-dawn or dawn mass called Misa de Aguinaldo or Misa de Gallo. This mass is often associated with rice cakes or what we often called as Christmas dawn mass delicacies.

According to catholicsandcultures.org, Filipino’s Misa de Gallo or the Simbang Gabi tradition is brought about by the Spaniards. Friars or priests during the Spanish era “held masses in December in the pre-dawn hours for field laborers in honor of the Annunciation,” the time when Angel Gabriel announced to a virgin named Mary that she is to conceive a boy.

Since the time for Simbang Gabi is too early to have their breakfast, farmers then prepare merienda instead of the usual breakfast fare. However, the merienda they cook is already “heavy” and “satisfying” in order for them to go back to the farm after the mass is held even when they have not yet taken their first full meal of the day.

Thus, Simbang Gabi delicacies are mostly made of rice, the fruit of the Filipino farmers’ labor.

Preparing these meriendas are usually labor-intensive.

Topping the list of Simbang Gabi delicacies is puto-bumbong, a “rice roll made from purple rice.” This must be served hot to intensify its taste.

Puto-bumbong is prepared by steaming milled or ground glutinuous (malagkit) purple rice using a tube of a bamboo, which in Tagalog is called “bumbong ng kawayan”, thus the name. Its taste is enhanced by its other ingredients, such as margarine or butter, brown sugar, and grated coconut.

Then there is the “Bibingka” or “Bingka”, another merienda laborious to prepare. It is made from milled glutinous rice, coconut milk, sugar, and a leavening agent, which is either yeast or baking powder.

However, here in Mindanao where coconuts are aplenty, bingka makers use “tuba” or coconut wine as leavening agent.

Another known Christmas dawn mass delicacy is the “Rice Puto”. Although various versions have popped up like all-purpose flour, cake flour and even hot cake mixes, rice puto is still the best during Simbang Gabi.

To prepare, one needs to soak rice in water overnight before milling it. The product would be a smooth rice batter. It is then mixed with sugar, water, leavening agent, and coconut milk. The mixture then placed in a mold and then steamed.

And lastly, there is another puto well-known during Simbang Gabi: the “Puto Maya”. Among the Christmas dawn mass delicacies, puto maya is the simplest to prepare. One only needs purple or plain glutinous rice, ginger, coconut milk, and water. There are two ways to cook puto maya: one is to cook the mixture directly while other is to steam it. Whichever way of preparation suits your taste, remember that puto maya is best eaten with hot “tsokolate”.

Christmas dawn mass delicacies are just some of the things Filipinos look forward to during Simbang Gabi. They give us excitement to hear and complete the Simbang Gabi. But remember that the true essence of the dawn masses are the advent messages we hear at the mass; that the Lord came down from heaven and lived among us as human being so that we will be saved and be connected again with Him.