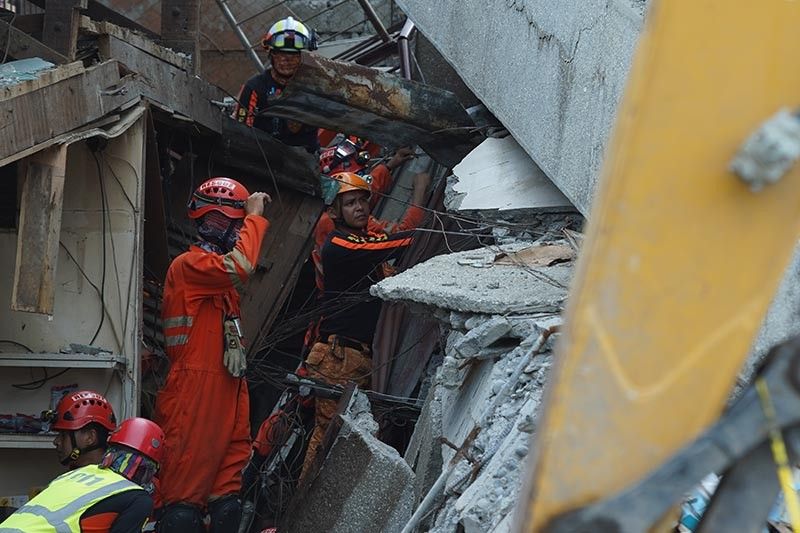 TWENTY-FOUR hours after the magnitude 6.9 earthquake shook Davao Region on Sunday afternoon, December 15, almost 150 earthquakes and aftershocks were felt in the region as of Monday, December 16.

According to the Philippine Institute of Volcanology and Seismology (Phivolcs) Earthquake Bulletin posted on the Phivolcs website, a total of 140 earthquakes and aftershocks were recorded, all from the province of Davao del Sur, where the tectonic quake struck about nine kilometers north of Matanao town of the province at a depth of only three kilometers.

Following an hour after the strongest quake hit, another tremor was felt at 3:09 p.m. with magnitude of 5.2 in Matanao, Davao del Sur.

Phivolcs chief Renato Solidum said in a GMA News TV interview that the earthquake felt in the region is not directly related to the series of earthquakes in Cotabato in October 2019.

Although Solidum said they are still observing if the fault where the epicenter of the earthquake was affected by the series of earthquakes since October.

“Sa haba ng fault na ito, isa po ito sa candidate na puwedeng magdulot ng major earthquake na nangyari kahapon na malakas (The length of the fault could be one of the factors as to [the recent] major earthquake that happened on Sunday),” Solidum said in a TV interview.

The official said the existing fault lines in Davao del Sur are distant from each other.

“Iyong ibang fault ay mahaba at may mga sanga. Ibig sabihin ay related, pero iyong nangyaring serye ng paglindol sa Cotabato, magkakalapit ang mga fault doon kaya nang gumalaw iyong una ay nailipat ang stress/pressure sa kapitbahay kaya pinagsimulan ng lindol at naitulak ulit ang isa pang fault kaya tuluy-tuloy sa loob ng dalawang linggo na apat na may magnitude na 6 ang nangyari (Some faults are lengthly and has branches. Meaning they are quite related. But for example, the earthquake that struck Cotabato, their faults are closer to each other, causing the pressure of the quake to be transferred from one fault to another. This resulted to the series of earthquakes in the area, wherein they are able to experience four magnitude-6 earthquakes for two weeks),” Solidum said.

Solidum said the earthquake, which almost reached magnitude 7, is “destructive”, according to the Phivolcs Earthquake Intensity Scale (PEIS).

According to the PEIS, a magnitude 7 could overturn heavy objects and furniture with difficulty standing on upper floors. Old or poorly-built structures suffer considerable damage. Trees also shake noticeably.

Solidum reminded the public to avoid building houses in nearby faults.

He also reminded the local government unit (LGU) to create markings of the pathway of the fault to serve as a warning not to build houses, plant trees, or even put parks.

He said the agency’s geologist will be assisting the local government in creating the markings.

Solidum also reminded the public to use the mobile application of Phivolcs, HazardHunterPH, to check the distance of the user from the fault.

"Tignan po sa app na nai-develop ng DOST (Department of Science and Technology)-Phivolcs, kasama ang ibang ahensya, ang HazardHunterPH. Makikita roon kung gaano kayo kalayo sa fault at ano ang iba’t ibang related na panganib, like weather, ang tatama sa lugar na puwedeng paghandaan (You can check HazardHunterPH, an app developed by DOST-Phivolcs and other agencis. It will show you where the faultlines are and what other related hazards, such as the weather, will hit the areas where preparations can be made) ," he said.