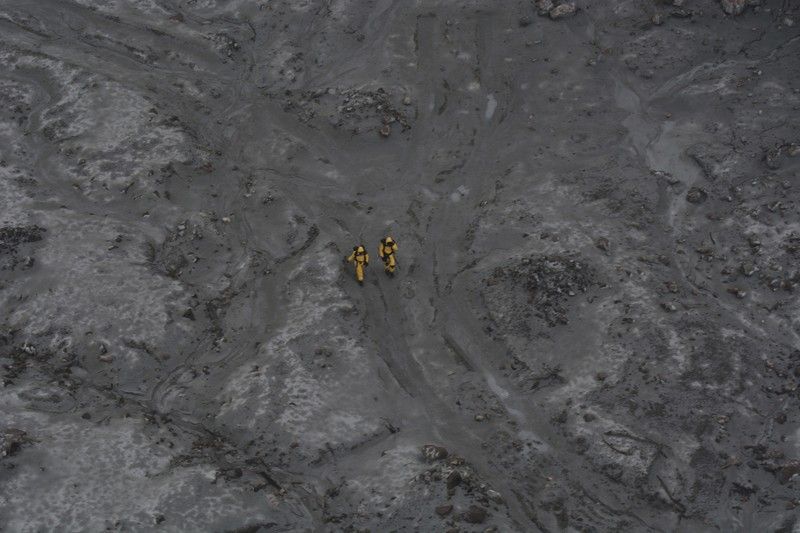 NEW ZEALAND. This photo released by the New Zealand Defence Force shows an operation to recover bodies from White Island after a volcanic eruption in Whakatane, New Zealand, Friday, December 13, 2019. A team of eight New Zealand military specialists landed on White Island early Friday to retrieve the bodies of victims after the December 9 eruption. (AP)

PERTH, Australia -- Police said Tuesday, December 17, that an Australian teenager and a New Zealand tour guide are the two people presumed dead but whose bodies have not been found after last week’s volcanic eruption on New Zealand's White Island that killed 18 people.

New Zealand police said the bodies of Winona Langford, 17, of Sydney and New Zealander Hayden Marshall-Inman, 40, have yet to be accounted for.

Authorities believe both bodies are in the waters around White Island, but harsh conditions Tuesday forced an abandonment of the search for the second straight day.

Inclement weather struck the Bay of Plenty, where White Island is located, and a water-based search has been ruled out due to the forecast of storms.

Langford’s parents, Anthony and Kristine Langford, died in the eruption, while her brother, Jesse Langford, survived with severe burns and is being treated in a Sydney hospital.

In a previously released statement from the Langford family, Anthony and Kristine Langford were described as “loving parents.”

"They will be greatly missed by all who knew them," the statement said.

New Zealand police on Tuesday released the names of three more people who died in the eruption: Australians Richard Elzer, 32, and Julie Richards, 47, and Sydney-based US citizen Barbara Hollander, 49.

Of the 47 people on White Island on Monday, December 9 when it erupted, 24 were Australian citizens and four others were residents of Australia.

Australian Foreign Minister Marise Payne said the trauma had taken a toll on the families of the victims.

“I don't think any one of us can begin to imagine what those families are facing in the coming weeks and months,” an emotional Payne told reporters on Tuesday. “Here in places like Auckland, in Sydney, we're surrounded by Christmas and celebration, but they face tragedy and devastation."

“Our hearts and thoughts are with them every step of the way,” she added.

Scientists have warned that White Island, which is the exposed tip of a mostly undersea volcano, is highly volatile, and has been venting steam and mud regularly.

Survivors are being treated in hospitals across New Zealand and Australia.

Specialist medical teams from Australia, Britain and the United States have assisted in New Zealand. (AP)