Bacolod is the most competitive city in Western Visayas 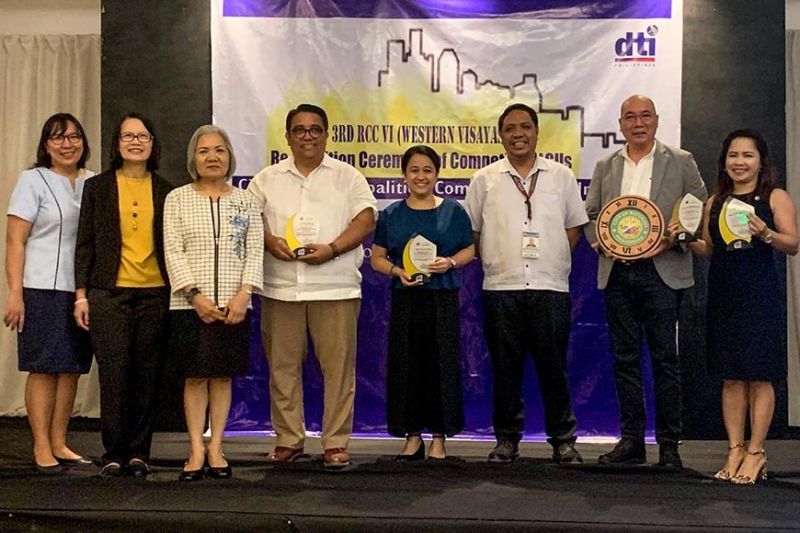 THE City of Bacolod was declared as the Most Competitive Highly Urbanized City (HUC) in Western Visayas in terms of Economic Dynamism and Infrastructure for 2019.

The award was given by the Regional Competitiveness Council-Western Visayas and the Department of Trade and Industry (DTI) regional office during its 3rd Recognition Ceremony for Competitive LGUs (local government units) at Hotel del Rio in Iloilo City on Monday, December 16.

Upon learning of the recognition, Leonardia said, "Our efforts to make the city business-friendly are now reaping its fruits. We are happy that this recognition proves that we have an environment conducive for businesses to grow. We will endeavor to continue to excel in all the fields we can because there is no place for mediocrity in Bacolod."

For infrastructure, the RCC assesses "the physical building blocks that connect, expand, and sustain a locality and its surroundings that enable seamless flow of goods and services."

The vice mayor was accompanied by Leipo (Local Economic and Investment Promotions Officer)-designate Jonah Javier in the recognition ceremony.

In his message, Familiaran said, "This is indeed a blissful year for Bacolod City. We received numerous awards from different organizations."

Among the recent awards were the Seal of Good Local Governance (SGLG) given by the DILG national office on November 5, Best Performing City in Western Visayas at the 2019 Excellence in Local Governance (Excell) Awards given by the DILG on December 3; Top Philippine Model City for 2019 given by The Manila Times on September 25, Special Citation in the Most Business-Friendly LGU Awards given by the Philippine Chamber of Commerce and Industry on October 16, and Tourism Award of the Year at the Asia Leaders Awards on November 5.

Talking about the Competitive LGUs awards, Familiaran said the award "will encourage all LGUs to do better than our best" and "to go beyond what is expected of us."

Aside from assessment, the Cities and Municipalities Competitive Index results are aimed to encourage LGUs to improve their operation systems and databases that will help track their level of competitiveness. (PR)