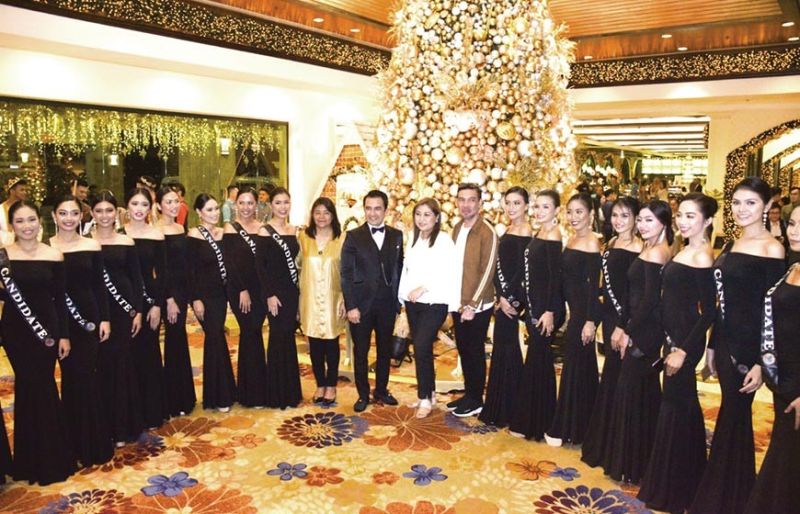 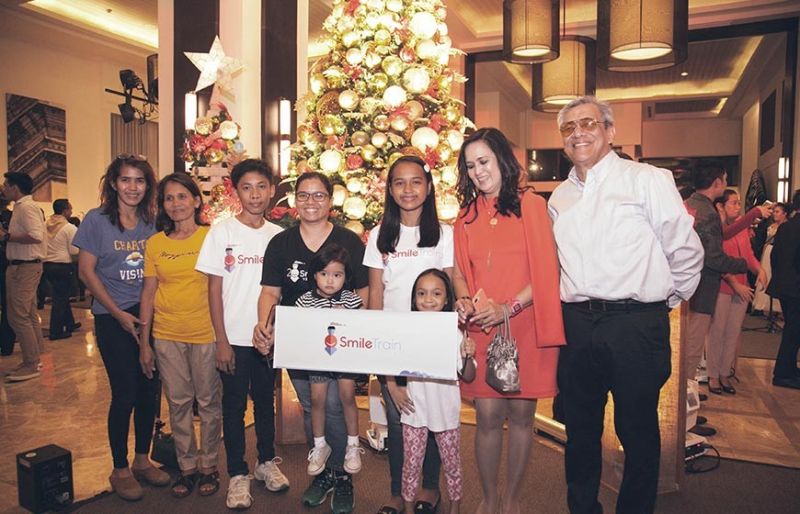 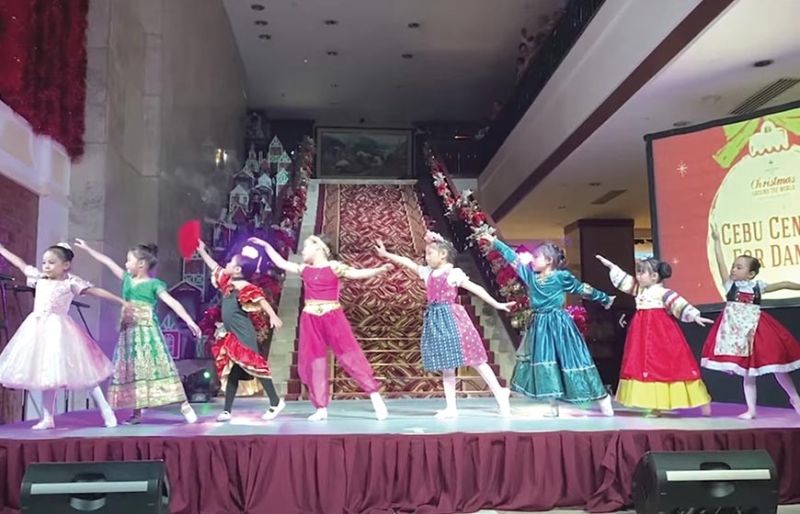 CHRISTMAS AROUND THE WORLD. At Marco Polo Plaza Cebu, a medley of international dances.

IT’S the season of sparkling trees and shimmering lights. Yes, Christmas is just around the corner and there’s that exhilarating Christmas-y feel.

An excellent sit-down dinner devised by executive chef Tristan Encarnacion followed. Entertainment was a program of songs and dances by MDF Productions hosted by the beautiful and beautifully dressed Blinky de Leon.

It was an evening of “Christmas Classics when Radisson Blu marked its 9th anniversary and the lighting up of its towering blue Christmas tree. Man of the hour was general manager Stephan Sieberg who gave the welcome remarks. Very much around was SM Hotels & Convention Corp. Hotels president Elizabeth Sy who led the tree lighting together with Cebu City Vice Mayor Mike Rama, Department of Tourism (DOT) 7 director Shahlimar Tamano and general manager Stefan.

The concert was a glorious presentation featuring the Cebu Philharmonic Orchestra under the baton of Roberto del Rosario; the Celestial Voices Chorale with Sherwindeo Orehruela as choirmaster; and the Nightingales, Rhina Paula Palma-Cruz and Bianca Camille Lopez.

Christmas Around the World is the theme of Marco Polo Plaza Cebu’s Christmas tree, and its lighting was highlighted by a medley of international dances performed by the students of Cebu Center for Dance. Song numbers came from GMA artist Yasser Marta and the Fidelis Choir.

Once again the hotel, in partnership with the GMA Kapuso Foundation, aims to raise funds for the foundation’s various projects to uplift the lives of the underprivileged in our society. Each Christmas ball in the tree can be “adopted” for P200, the proceeds of which will go to the foundation. Welcoming one and all was hotel general manager Brian Connelly.

The tree-lighting event at Seda Hotel was a chance for the guests to know more about the Smile Train, an international charity focused on providing free cleft surgery and care for those in need. Hotel general manager Gwen dela Cruz shared the hotel’s advocacy while Smile Train program manager-PH Jun Grimares stated the vision and current situation of the patients whose lives have changed because of the project. Music filled the air when the Fidelis Choir took centerstage.

Parols of happy colors on the huge Christmas tree lit up the grounds of Bluewater Maribago during the parol lighting event dubbed Pasko sa Bluewater. On the frontline was assistant general manager Domiku Alegrado Ugarte who led the way to the Balay Pasko which was officially opened that evening. Balay Pasko is the resort’s version of the Gingerbread House and it offers an array of sweet treats meticulously created by the resort’s culinary team. The evening’s entertainer was singer-songwriter Jerika Teodorico.

“A Glistening Night” at Bai Hotel began with the tree-lighting at the lobby and went on to the Appreciation Night reception at the Grand Ballroom where the top accounts of the hotel were given recognition by hotel vice president, operations/general manager Alfred Reyes. He announced that the hotel has been given 4-star accreditation by the DOT and he proudly added—4-star with 5-star service. Well-loved Broadway songs performed by the Broadway Youth of Cebu added to the magic of the “Glistening Night.”