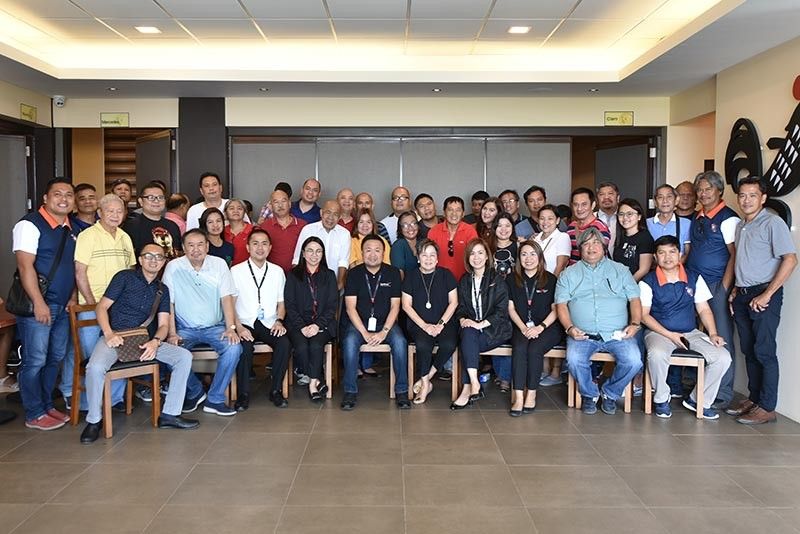 BACOLOR -- Laus Group of Companies (LGC) president and chief executive officer Lisset Laus-Velasco has been elected as the new president of the Entrepreneurs' Organization (EO) of the Philippines.

Laus-Velasco, the second born of late LGC chairman and founder Levy P. Laus, made the announcement before Pampanga newsmen during Tuesday's (December 17) luncheon Christmas fellowship held at Max's Restaurant in this town.

A member of the organization since 2011, Laus-Velasco said she is set to officially assume her post come July 2020.

EO Philippines is a network of more than 14,000 influential business owners from across the globe that aims to help leading entrepreneurs learn and grow in their businesses.

"It was a good thing that my father allowed me join the organization eight years ago because having peers like my co-members is one of the reasons why I have been able to develop myself to become better fit for the business," she said.

Laus-Velasco also bared some of her plans when she assumes the post that is not only aligned with the organization's vision, but also with her father's advocacy of countryside development.

The luncheon Christmas gathering for Pampanga media is an annual activity that the late Levy P. Laus started more than 10 years back.

Despite his passing, the family carried on with the patriarch's tradition and were all in attendance -- matriarch Tess and siblings Paul, Lisset, Carisa, Levy Adrian and Diorella -- during the fellowship and "meet and greet."

Paul, in his message, said they wanted to keep their father's legacy to live on, including his fond relationship with the local media.

"I believe this is a tradition that my father has been doing with you for 10 years or more and as a family, we wanted to keep that memory to live on that is why we all came here and invited you for a simple gathering," he said.

Meanwhile, an emotional matriarch Tess expressed her gratitude for the presence of local newsmen during the fellowship.

"I am both happy and sad right now because when I saw all of you, I got overwhelmed. I remember how it was during Levy's wake, how we felt the love and support of the people, including the media, to Levy and to the family, and we are very grateful for that and for the continuous prayers that we are receiving," she said.