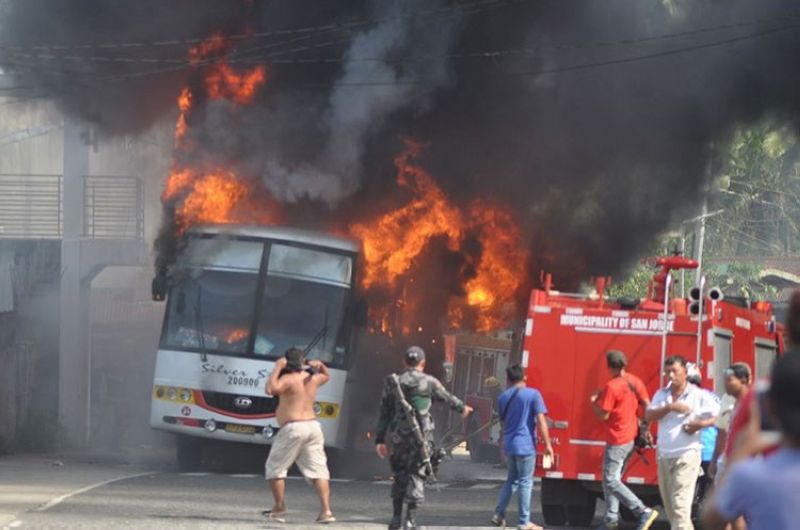 Authorities, however, said no one was injured in the incident.

The Silverstar passenger bus, with plate number TY5802, was driven by Joseph Sonico.

The fire broke out after the left rear tire of the bus blew while traversing Maharlika highway along Barangay Poblacion 2 in San Jorge town, police said in an initial report.

Personnel from the Bureau of Fire Protection rushed to scene to rescue the passengers and stop the fire from spreading.

The bus was from Naval, Biliran bound for Manila. (SunStar Philippines)