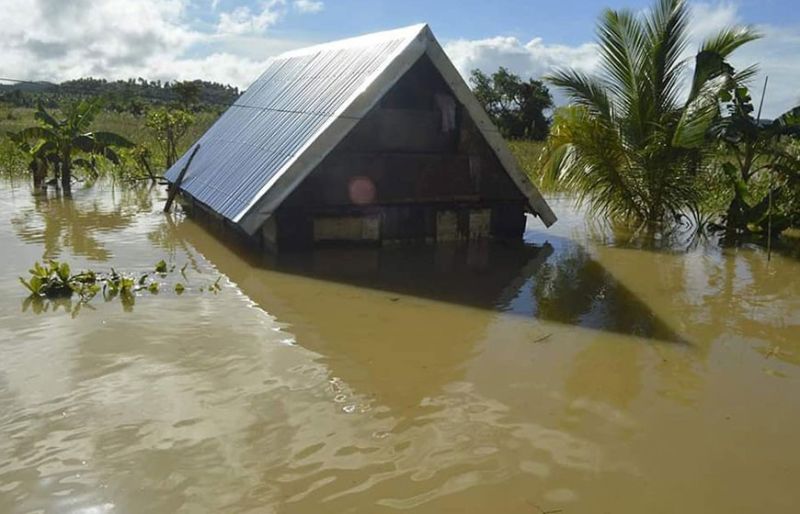 FARMERS in Northern Samar have appealed for livelihood support after bearing the brunt of Typhoon Tisoy (Kammuri) last December 2, 2019.

"We are suffering losses of P46,800 worth of harvest per hectare after the typhoon left our coconut trees uprooted to the ground," said Carlos Baluyot, a farmer leader in Las Navas, Northern Samar.

Baluyot said recovery in the agriculture sector in Northern Samar, one of the country's poorest provinces, needs more support from the government.

In their assessment of the extent of damage in the villages of San Isidro, Dapdap, Epaw, Aguinaldo, and Sag-od in Las Navas, Baluyot said that 100 percent of coconut farmers have damaged coconut trees and this will take one full year of recovery.

"Since the death of abaca production in Las Navas due to pest infestation issues that started in 2014, coconut farmers are left without any alternative to livelihood," Baluyot said.

He said vegetable gardens in Catarman-based farms, such as in Barangay McKinley and Galutan, were also wiped out due to flooding.

Coconut farmers in the village of Sumuroy, Lope de Vega have discovered that their coconut trees were left without any fruit and this will take a recovery period of another year before harvesting again.

"In Northern Samar, the primary crop planted is coconut. After Tisoy, majority of them have to wait for one whole year before they can harvest again. In some cases, the recovery of coconut trees severely traumatized by the storm would take seven years," added Joshua Sagdullas, an activist leader in Eastern Visayas.

The Provincial Government of Northern Samar declared a state of calamity following the onslaught of Tisoy.

The typhoon damaged P208,293,716 in agriculture and P319,443,492 in infrastructure, showed the partial post damage assessment analysis as of December 8.

It also killed five persons and injured 75 others, mostly in Northern Samar towns.

Caritas Philippines, the Catholic church's humanitarian arm in the country, said they are doing their "best" to cope up with the recent emergencies starting from the Mindanao earthquakes in October to the powerful typhoon this December.

"The Alay Kapwa, the national solidarity fund in times of disasters, is being utilized together with the donations received from individuals, Caritas organizations and private entities -- for the survivors of the earthquakes and the typhoon, while ongoing gathering, validation and consolidation of reports are being done with the diocesan social action centers to appropriately design the response interventions," said Jing Rey Henderson, communications and partnership development coordinator of Caritas Philippines and the National Secretariat for Social Action.

"Even with the absence of big funding grants, the affected communities are rest assured that the Catholic Church will always provide assistance," Henderson told SunStar Philippines.

"This is for beneficiaries coming from low and marginal income families whose houses were destroyed totally or partially by Typhoon Tisoy. However, families in no build zones are not qualified. The Resettlement Assistance Program will be coursed through the local government units," the NHA said in a statement.

The Department of Social Welfare and Development also reported that immediately after the typhoon, it provided the affected towns with 4,116 family food packs that contain six kilos of rice, eight canned goods, and six sachets of coffee.

The food pack is sufficient for two to three days for a family of five, it said.

As of December 8, the agency already provided a total assistance with the local government units worth P8,104,536.48.

The agency, along with the Philippine Army based in Samar, said it distributed relief assistance despite the lack of electricity in the affected areas.

At least 165 evacuation centers were also established during the typhoon.

In an earlier statement, the Department of Agriculture (DA) in Eastern Visayas instructed all members of the Regional Command Center and Quick Response Team "to continuously coordinate with partner local government units and to touch-base with affected farmers and ask who still want to plant rice at this time, so that the DA-Regional Office 8 could immediately prepare thru its buffer stock for the delivery of required volume of rice seeds in each affected province or municipality."

But for Baluyot, "there is hardly any attention being given, especially to long-term problems caused by the calamity such as imperiled livelihood." (SunStar Philippines)