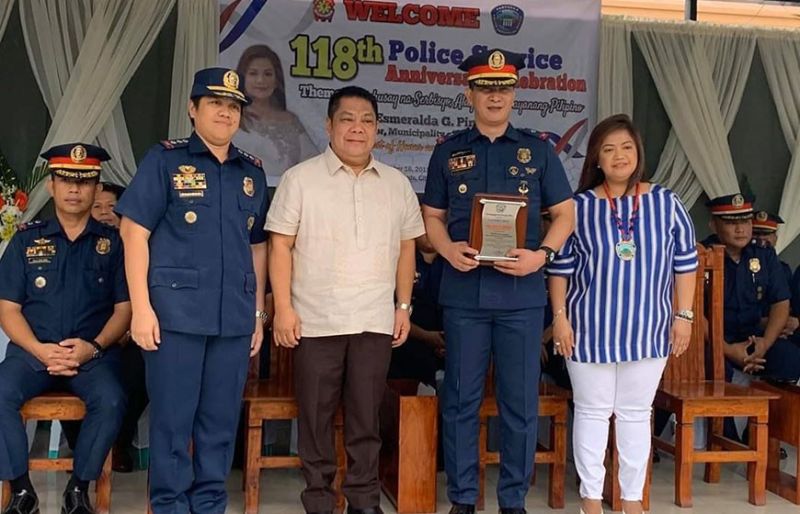 THE chief of police of Bacolor town was recently named as Best Junior Police Commissioned Officer for Operations by the Pampanga Police Provincial Office (PPPO).

Gonzaga was cited for his outstanding performance in the field of operation which contributed to the attainment of mission and objectives of the Philippine National Police.

In particular, Gonzaga led the dozens of anti-illegal drug and criminality operations in the town which resulted to the arrest and neutralization of most wanted personalities from in and out of the province, as well as other lawless elements, and the seizure of prohibited drugs, unlicensed guns and explosives and other contrabands.

In his message, Gonzaga expressed gratitude to his fellow law enforcers, the municipal government and residents of Bacolor for their continued support to the local police.

He cited the importance of the support and trust of the community in successfully delivering their duties as law enforcers in maintaining the peace and order in the town, and providing a safe place to live, work and enjoy for the people.