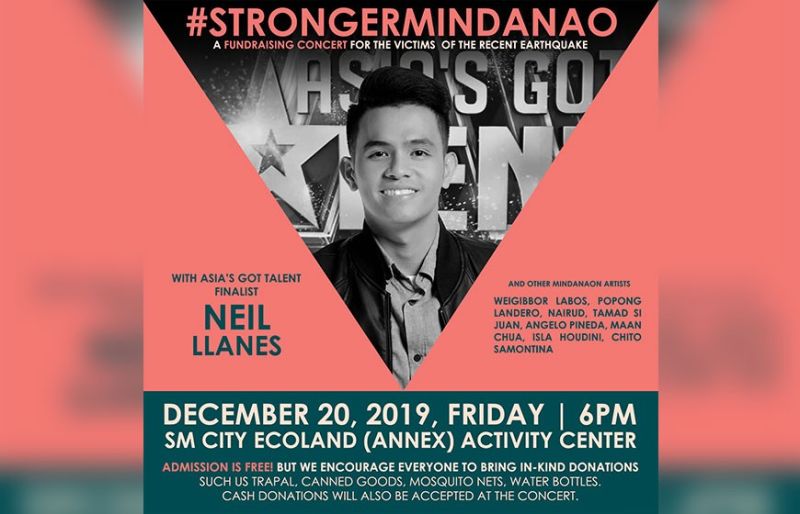 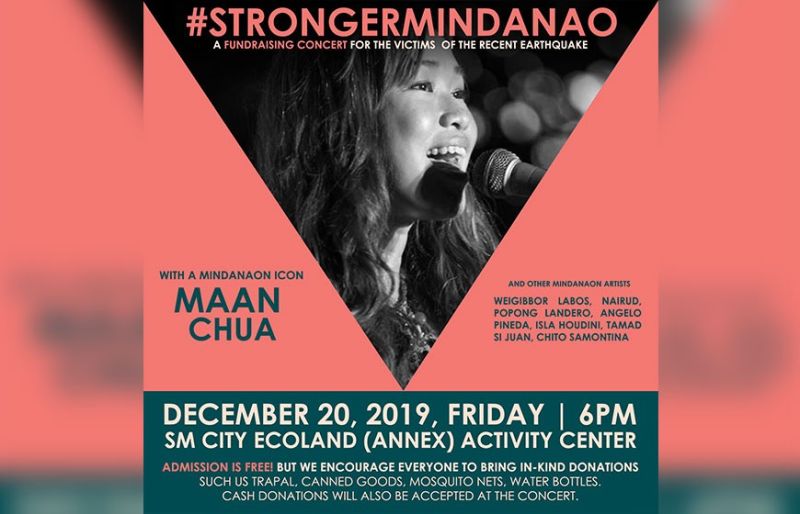 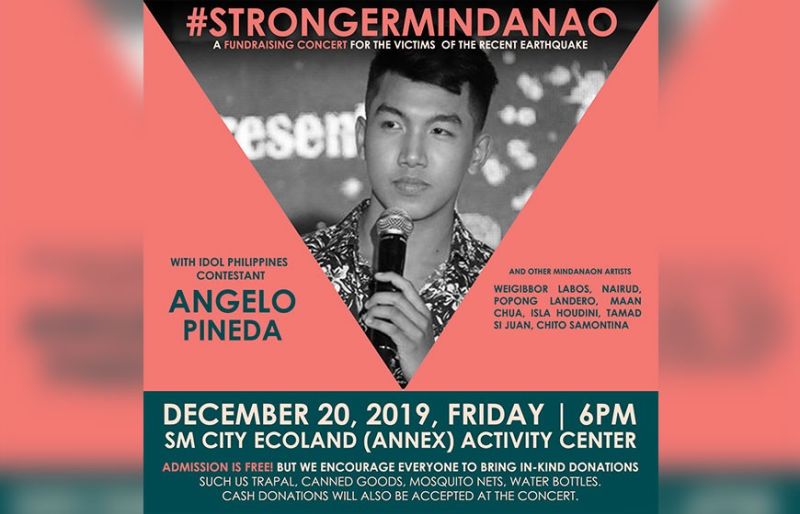 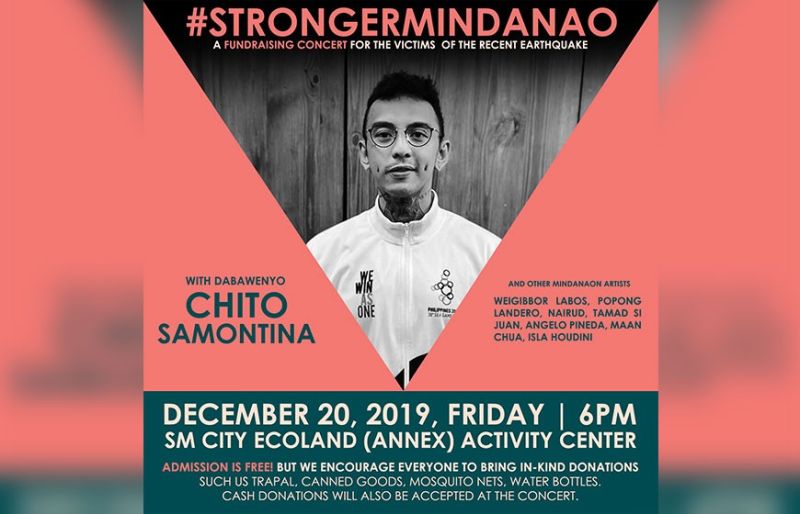 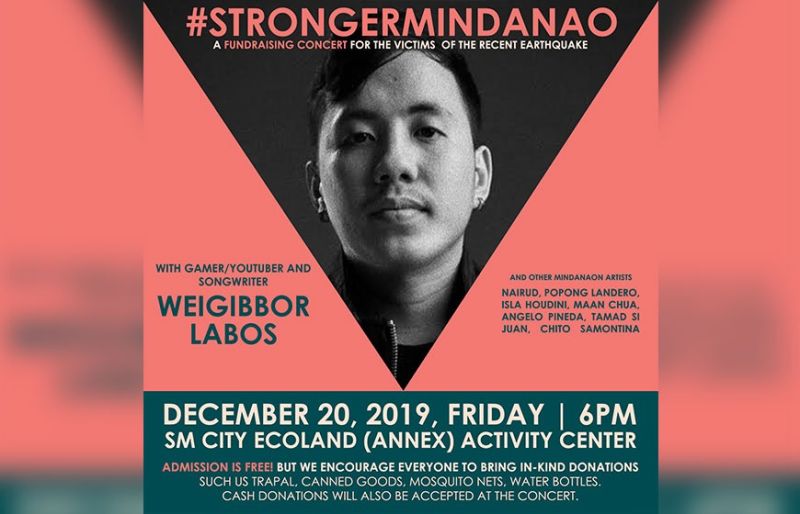 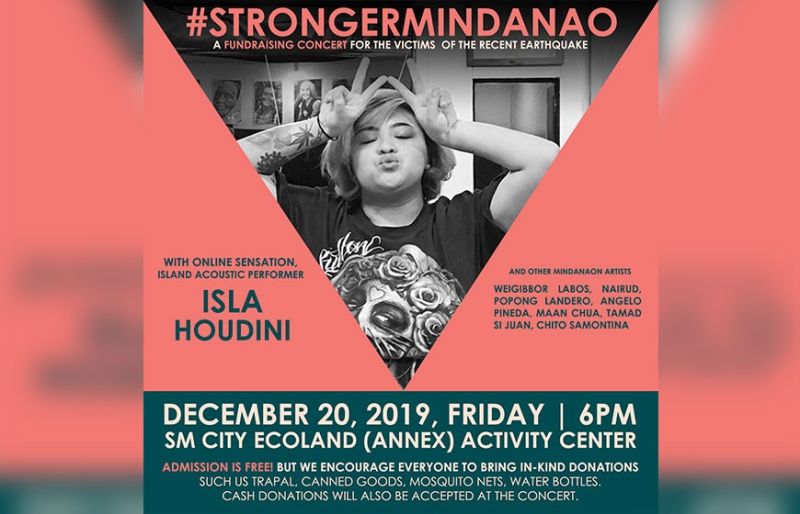 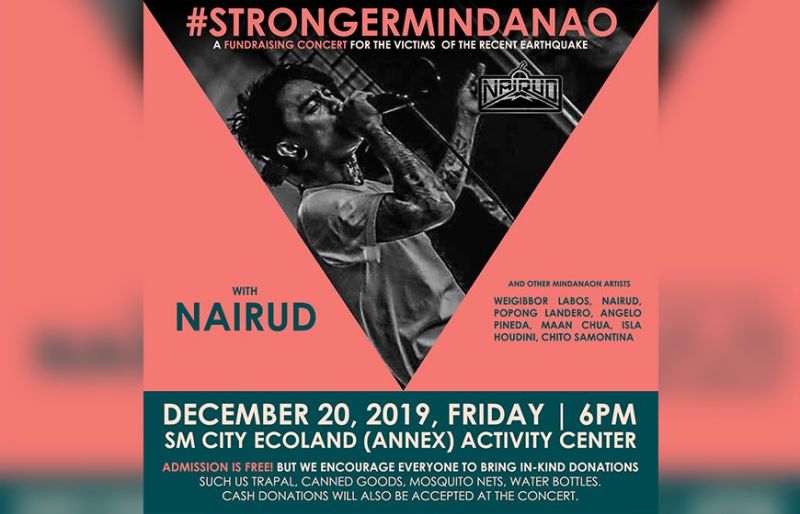 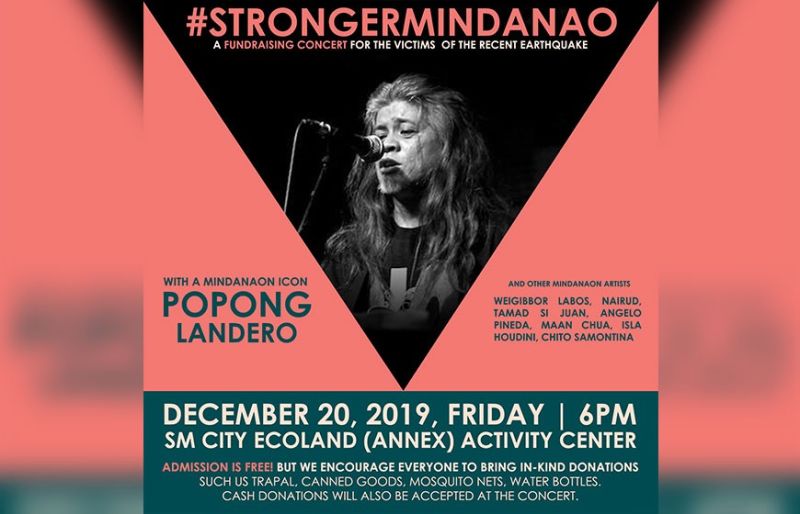 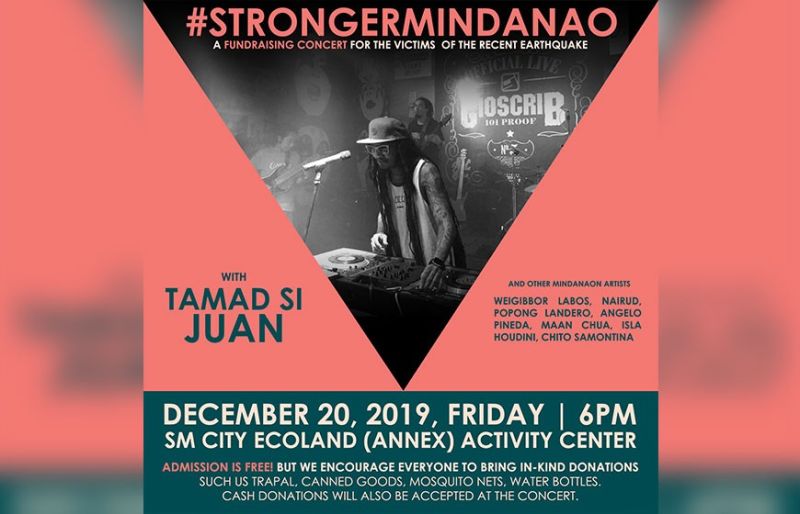 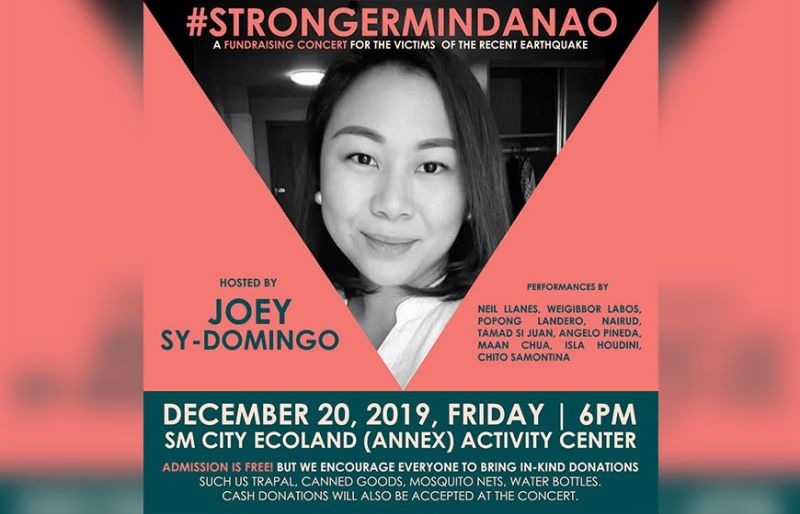 Dubbed as #StrongerMindanao, the fundraising concert is organized for the benefit of the victims of the recent 6.9 magnitude earthquake in Davao del Sur last December 15, 2019.

Chito Samontina, A Davao-based vlogger and content creator, initiated the concert as he believes social media can be used as a powerful tool to help the quake victims.

The concert is free of admission but goers are encouraged to share in-kind donations such as trapal, mosquito nets, canned goods, and water bottles. Cash donations are also accepted.

Meanwhile, The Davao Regional Disaster Risk Reduction Management Council headed by the Office of Civil Defense reported that as of 6 a.m. of December 18, a total of 2,878 families or 14,078 individuals are staying in different evacuation centers in Davao del Sur due to the deadly earthquake.