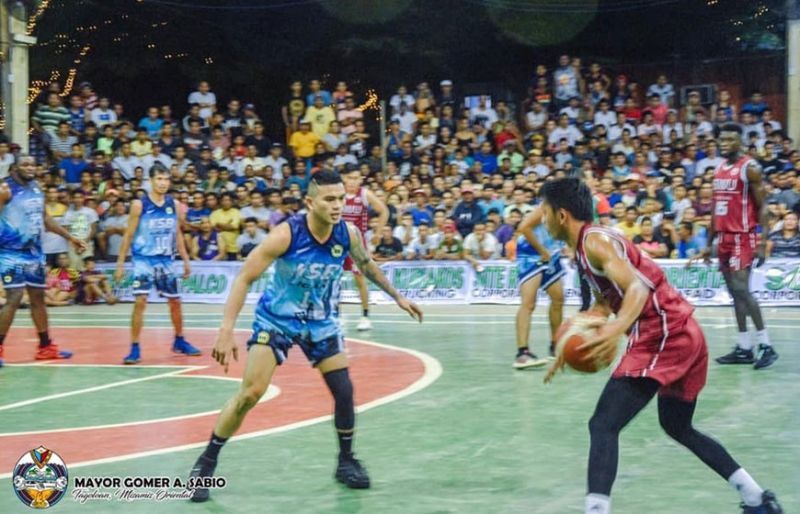 A BUZZER-BEATING turnaround trey and another victory on Thursday morning, December 19, against Cebu’s Southwestern Phinma inject new life in the campaign of Mark Barroca and Team Unity after an opening round loss in the Tagoloan Open Invitational basketball tournament at the packed Tagoloan Dome of Misamis Oriental.

“Far from jelling but they’re great. If we will advance, I am expecting them in the final because they have also veterans and seasoned players like us,” said coach Marvin Lito Caro of the streaking KSB Glass of Iligan, the solid pick to hurdle the cash-rich hoopfest that will culminate on Saturday night, December 21.

Gilas forward Vic Manuel, who arrived just in time for Game 2, paced Team Unity against the Cebuanos with 24 points as Barroca, Jeffrey Morial and Kent Salado added 16, 13 and 12 markers each.

The youthful Niños dominated Team Unity in the early goings, leading by as much as 13 with the hard-working Ilomvi, Ybanez, Rosete and Gesalim leading the assault. But Team Unity, with former NCAA standout Jeff Morial stepping up with long range jumpers, closed the gap late in third quarter.

It was a seesaw bout in the fourth and final quarter with the Cebuanos again pressing for desperate win with 3-point edge approaching the last 30 seconds of play. Then, the lefty Cabrera, who struggled with his shots in the first three quarters, hit a booming 3-pointer to knot the score.

Cebu Niños missed at the turn and with only five ticks left, Barroca dribbled down court and after reaching the rainbow sphere suddenly attacked his defender with a running turnaround jumper that hit nothing but the net for a stunning 3-point count.

Startled, the collegiate stars from Cebu Niños side were quick to keep their composure and accept defeat as they joined Tagoloan town mayor Gomer “Enan” Sabio in taking on-court selfies with the celebrated PBA guard Barroca.

“Missing basket after basket early apart from committing successive turnovers, the fans seem to doubt Barroca’s stature. But after his one-in-a-million hattrick off the buzzer they treated him back as one. Truly, a genuine Filipino basketball star,” said Tagoloan sports czar Van Halen Parmis.

Referees head Joseph “Loloy” Estroga said it’s still hard to figure out the chances of five competing teams for the top two slots or the fight for the P150,000 top purse since Parekoy Las Piñas Manila and even “heartbreak” team Cebu Niños can still pull a surprise after Friday’s matches.

One thing for sure, however, halfway of the five-day tourney is the brilliant performance of local stars from Cagayan de Oro and host Tagoloan.