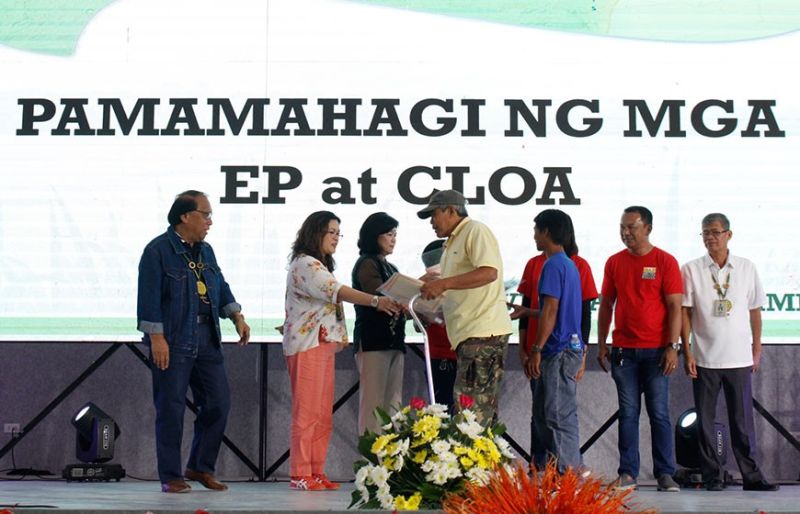 A total of 158.71 hectares of land was given out to farmers in the municipalities of Concepcion and La Paz to help them improve their livelihood.

“One of the mandates of DAR is to distribute land titles to our farmers,” Undersecretary for Support Services Emily Padilla said.

Land Acquisition and Distribution, which aims to give EPs and CLOAs to landless farmers, is under the Comprehensive Agrarian Reform Program.

“To date, the Province of Tarlac is number one in land acquisition and distribution in the country,” DAR Tarlac provincial agrarian reform program officer II Geraldine Yumul said.

The conferment of goods and equipment of DAR is in partnership with Department of Social Welfare and Development under the Convergence on Livelihood Assistance for ARBs. (PIA-Central Luzon)