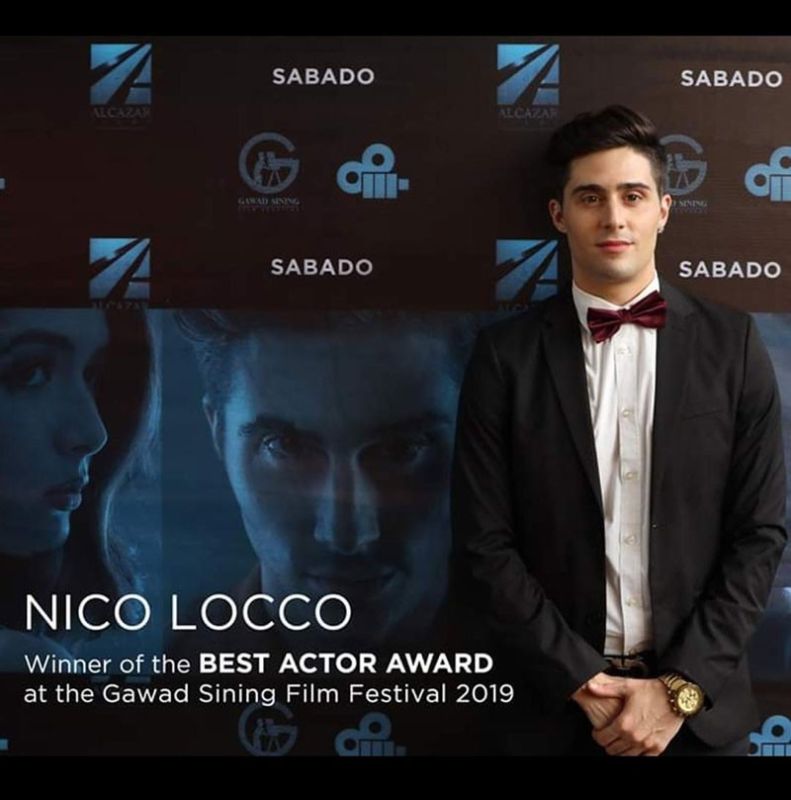 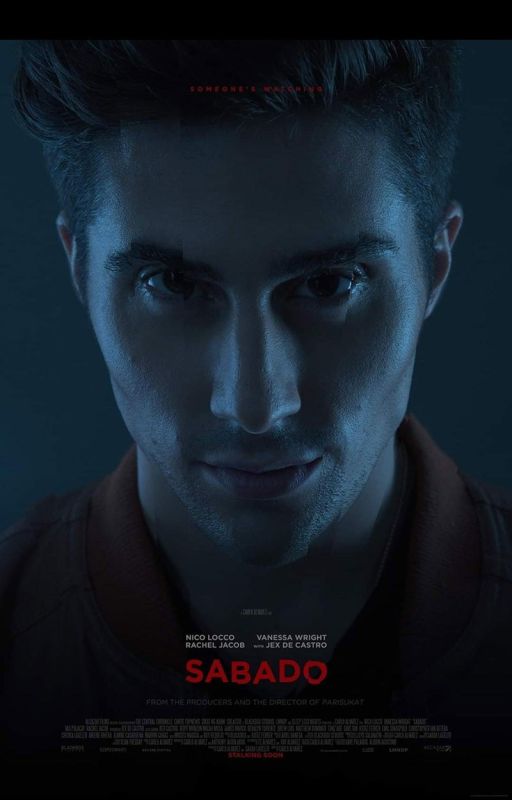 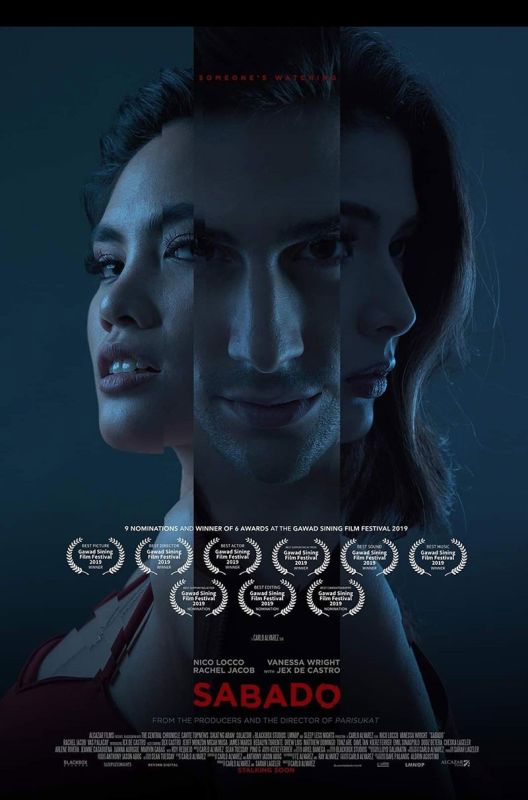 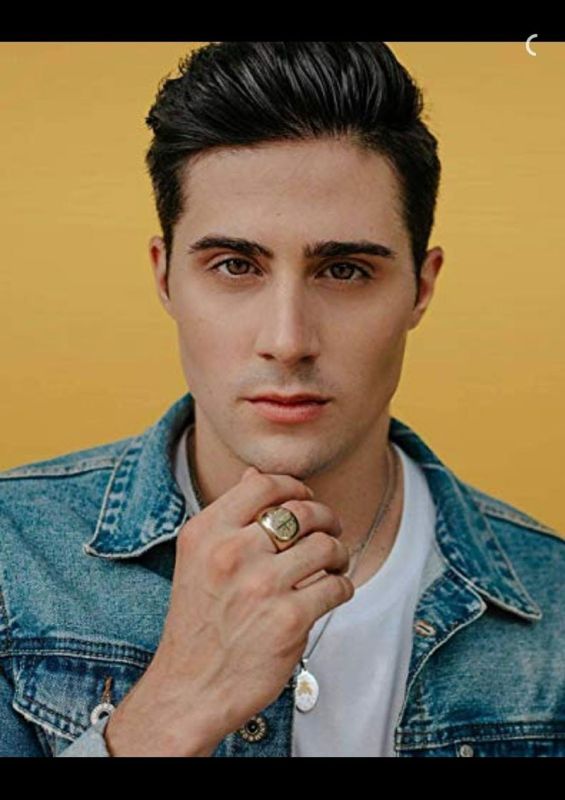 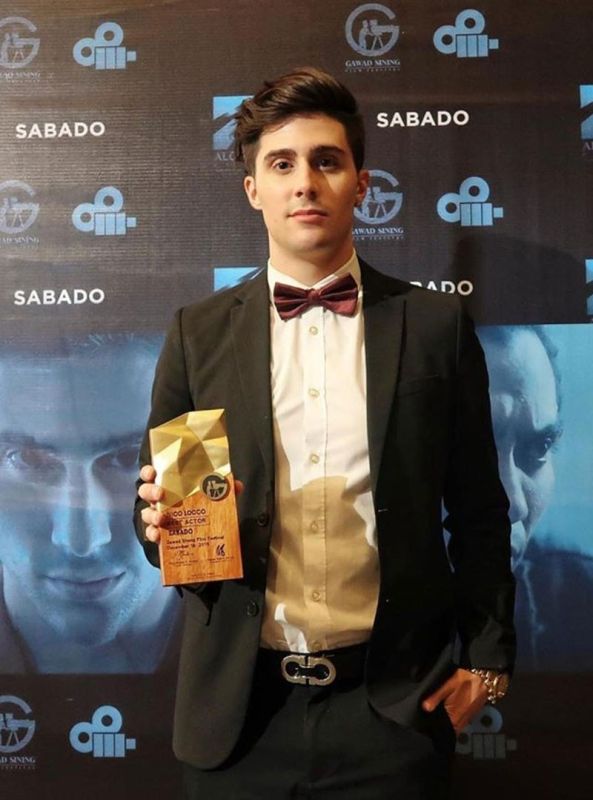 ITALIAN actor-model Nico Locco made history after becoming the first non-Filipino to win Best Actor in a Philippine-based film competition at the recently concluded 2019 Gawad Sining Film Festival Awards Night held at UPFI Film Center at University of the Philippines-Diliman in Quezon City.

Locco, Nicholas Timothy Fowler in real life, won for the indie “Sabado,” megged by Carlo Alvarez, who was named Best Director. The movie nabbed a total of six trophies, including Best Picture and Best Supporting Actress for Rachel Jacob, out of nine nominations.

He thanked the director, as well as the producer, Sah Lageler, for putting their trust in him.

“Indeed a great way to conclude the year 2019,” Locco gushed.

“Sobrang grateful at blessed ako for being recognized bilang Best Actor among the other films.”

Locco, who bested contenders from six other official entries, was congratulated by his Team Sabado for “a well-deserved recognition” and for being “a very passionate and hardworking actor.”

“Sabado” is a commentary on infidelity, human trafficking and murder with Locco playing a freelance cinematographer who strives to be the best father he can be.

“Director Carlo Alvarez spins a heart-pounding modern thriller that pits one man against his most vicious and powerful adversary,” writes Anthony Jason Abog.

Locco has daring and sexy scenes described by critics as “risqué.”

“I love playing bad boys, ‘yun ang peg ko, and I love roles that are medyo risqué,” he said.

“The movie happened in one day (Saturday) and is focused on my role that I was able to explore all kinds of emotions,” Loco told SunStar during a recent exclusive screening of the movie “Culion,” in which he is also a part of, at Black Maria Theater in Mandaluyong City.

Locco comes from an Italian family based in Los Angeles, California, where his father is into filmmaking. He moved to the Philippines a few years ago for a modeling job that paved the way for his showbiz entry. He is currently taking Tagalog lessons every week, with an intention to stay in the Philippines for good.

“I like to think that I have skills in acting and I’m thinking how do I crossover sa Filipino movie industry and to bring my appeal to the masa,” he told SunStar.

Locco, who used to be a GMA artist, has appeared in high-profile TV shows like “Daddy’s Girl,” “Victor Magtanggol,” “Tadhana,” and “Wagas,” among others.

“Angel is a great actor and I watch her teleseryes,” Locco said, adding “I have already met her in an event where I was the host and she was a guest and she’s really beautiful. I would love to work with her.”

After its successful run at Gawad Sining Film Festival, “Sabado” will be screened in commercial cinemas in January 2020 after the two-week Metro Manila Film Festival.