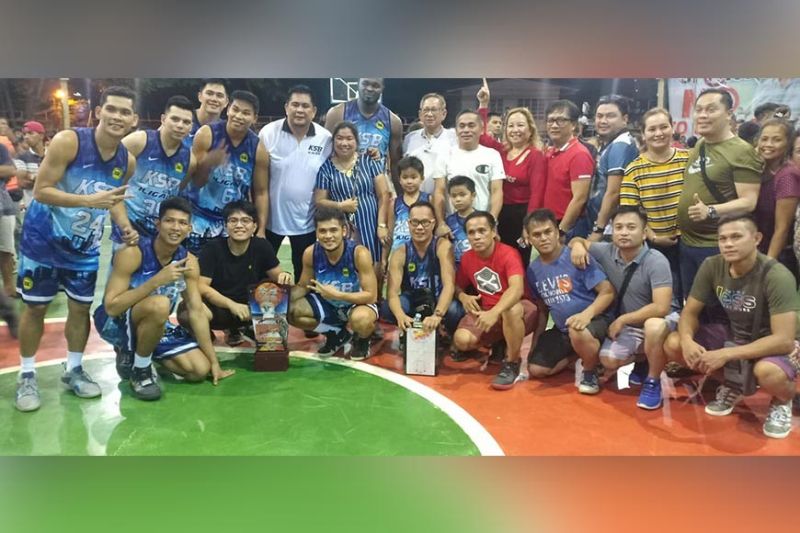 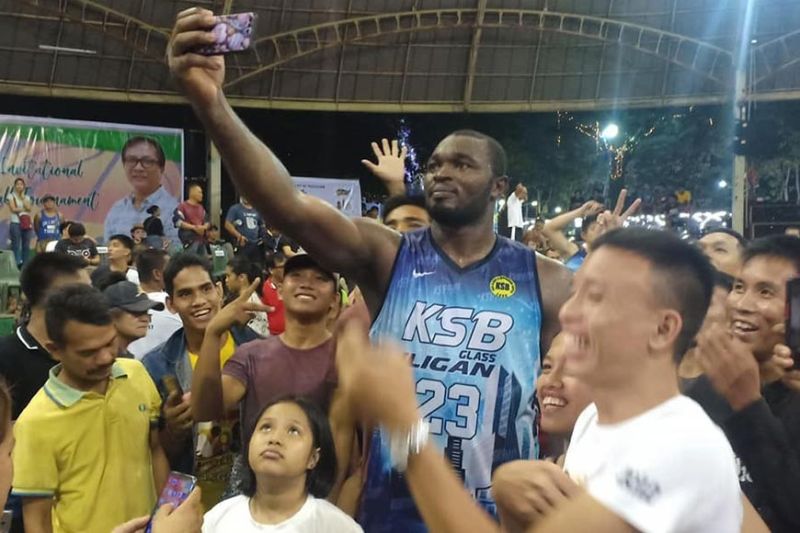 In Barroca's place, incoming Barangay Ginebra rookie Kent Salado faced his former Arellano University teammate Jalalon at the packed 4,000-seater Dome where they used to be a formidable tandem during "panalay" days as still promising cagers then of Cagayan de Oro.

At the go, Salado made an impression as he connected a couple of treys then scored a beautiful turn-around inside move. But with former mentors Bodie Tamparong and Jun Daanoy also in Iligan's side, it is too much for the "still learning" Salado to take good care of Team Unity's chores off the backcourt.

Early in the final fourth quarter, Salado drew technical call for complaining and initiating "physical contact" with the referee that sent him to the bench for three minutes.

"It's but overwhelming for me to earn the MVP trophy at my age. But though my legs were no longer spring-chicken, I'm happy to stay competitively," said the former Sta. Lucia Realty gunner Tangkay, who is now 44 years old.

The most consistent starter for Iligan offensive-wise, the left-handed Tangkay, capped his sterling performance with 13 points.

Quite underrated during the elimination round, it was Oro big man Wellmonz Muñoz's turn to shine in the one-off title showdown.

In and out, Muñoz was effective all-night long enjoying quality minutes to score heavily in the final half, pouring 14 points to back Iligan's inside dynamo in bull-strong Sanjo, who netted 23 markers.

Jalalon had 11 points in the finale witnessed by overflowing crowd that came in droves from as far as Cagayan de Oro, Iligan and Bukidnon.

Erstwhile Blackwater Elite wingman J.R. Cawaling found his range off the 3-point arc in the payoff period, but it's too late the hero for the ex-stalwart of Cagayan de Oro College as the KSB Glass dribblers were up to protect a double-digit edge, 94-84, entering the last two minutes of the ballgame with Ferdinand Lusdoc, Hafer Mondragon and Vincent Minguito joining in the fray.

Although he finished with 20 points to go along with the double-figure outputs of Mendoza (15), Salado (14), Jeff Morial (13) and Cawaling (10), Manuel made too many attempts that he missed too much in the face of the burly Sanjo's defensive stance.