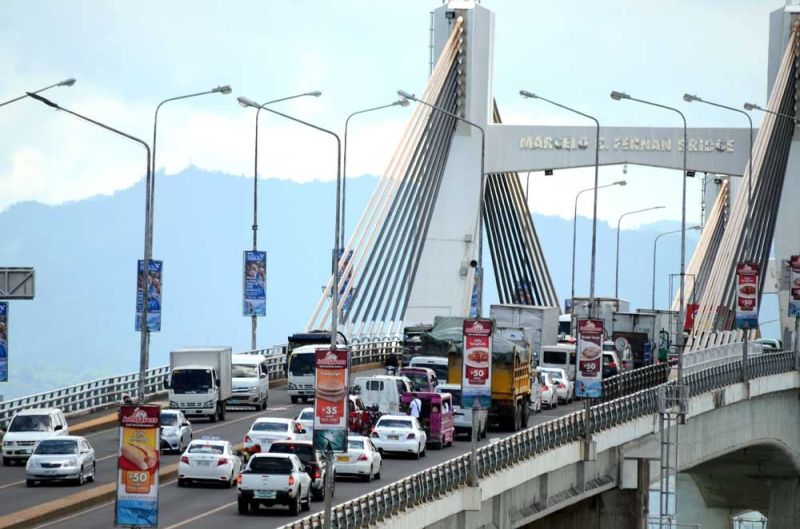 INFRASTRUCTURE NEEDS. Business leaders warn that if the government fails to address the chronic traffic congestion in Metro Cebu, Cebuanos will not fully enjoy the impact of its economic growth. Philip Tan, former president of Mandaue Chamber of Commerce and Industry, says Cebu’s infrastructure hasn’t been able to keep up with the robust growth. (SUNSTAR FILE)

CEBU’s economic success may risk seeing its doomsday if it continues to suffer from the worsening traffic congestion, a problem that has been costing the economy billions of losses daily.

Business leaders in Cebu have lamented that infrastructure has remained a top challenge for Cebu, saying it hasn’t kept up with the economy’s unprecedented growth in recent years.

Philip Tan, former president of the Mandaue Chamber of Commerce and Industry (MCCI), warned that the traffic problem is “killing” Cebu’s own success.

“If we can’t do something about the traffic, it will soon choke us to death,” Tan said in an interview.

Cebu’s economy has risen to become one of the fastest growing in the country, becoming a hub for property development, outsourcing industry and tourism.

But while the landscape of Metro Cebu has continued to transform evident in its towering skyscrapers, its old infrastructure hasn’t kept up.

Cebu has no reliable and quality mass transit system that is able to transport its growing population every day.

Mobility is a big problem for greater Metro Cebu, which is also grappling with water supply issues, lack of drainage, garbage woes and costly power rates.

“Our growth isn’t a question. Our economy continues to grow but our infrastructure hasn’t been able to keep up with this growth,” Tan said.

The two chamber officials said political will has always been the lacking component in the equation.

Many administrations have led Cebu and for the past years, long-overdue projects like a mass transport and a new port weren’t implemented. As a result, Cebu suffered from traffic gridlocks, which have taken a toll on commuters and businesses.

“Our economic future depends on infrastructure,” Tan said. “Our success will lead us to our demise if we don’t address our infrastructure needs.”

Notably, the construction of the third bridge linking mainland Cebu to Mactan Island, where the Mactan-Cebu International Airport (MCIA) is located, is on track and is scheduled to be completed by 2021.

But this is just one infrastructure project that will help lessen traffic from the mainland to Mactan.

Tan noted Cebu needs more bridges as traffic volume between the two areas continues to build up, with the modernization of the MCIA and development of commercial projects in the metro.

Moreover, a new international port is also planned to be built in the northern municipality of Consolacion to decongest volume at the main base port in Cebu City.

New business hubs are set to rise outside Cebu City. Developments at the 300-hectare South Road Properties will start to take up, as big conglomerates—the likes of Ayala, SM and Gokongwei groups–plan big projects in the reclaimed area.

In the north, townships are also rising that are set to transform the North Reclamation Area into the next bustling hub for businesses.

While the “winning” industries continue to bring benefits to the Cebu economy, he cited the lagging sectors that need attention.

Espeleta said manufacturing, exports and the agriculture sectors—deemed as losers in the economy—need to boost growth.

The CCCI official noted the renewed optimism with the new administration in the City Government.

“We see a lot of optimism in terms of government supportive of businesses. We hope more local government units will be more business friendly,” he said.

Such move, according to Espeleta, will encourage more people to go into business, which will eventually create more jobs.

“The war against poverty is to generate more businesses that will employ more people,” he said.

Efren Carreon, director at the National Economic and Development Authority in Central Visayas, said the cooling inflation, higher jobs rate and the robust aviation growth as among the positive trends in 2019.

Key economic indicators point to a sustained growth in the Central Visayas economy, with much of its growth coming from Cebu.

The region accounted for about 6.5 share to the national economic output last year. (S)