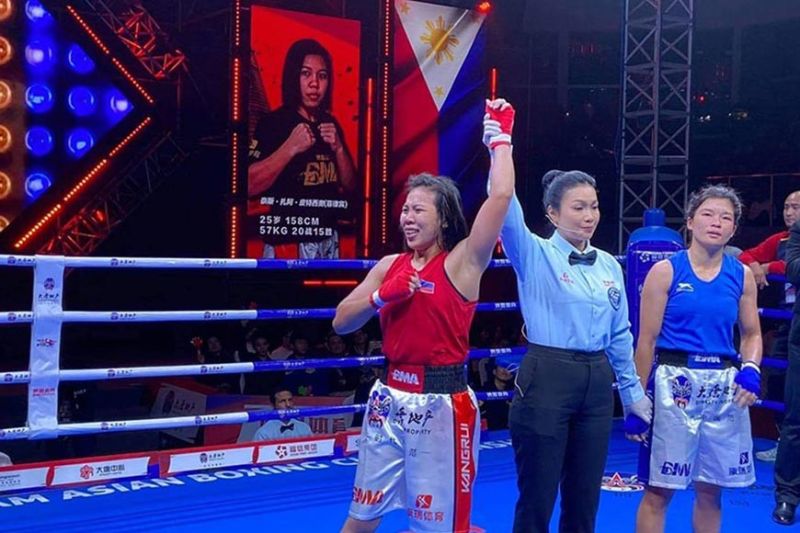 She dominated Minu Gu Rung of Nepal in their women's 57-kilogram championship bout via unanimous decision.

Nice Zzaa said she was confident to pull off a win having thrown and landed more punches than the Nepalese. The first round, however, was tough for her since she could not see the jabs that her rival threw at her but she eventually adjusted in the remaining rounds.

The lean-but-mean national team, coached by Mitchell Martinez and Coach Jogen Ladon, collected a total of two golds, one silver and one bronze.

Nice Zzaa, just like 27-year-old Nesthy, started boxing at age 11 in Davao City with their father Teodoro as coach. That was when the latter worked as chicken dung collector at Illuminada Farms. She joined the national team in 2010 but left in 2013 to give birth to her son Zzaarwin who is currently five years old.

She only returned to the national team in February 2019.

She dedicated her feat to her son who she claimed as her inspiration all these years.