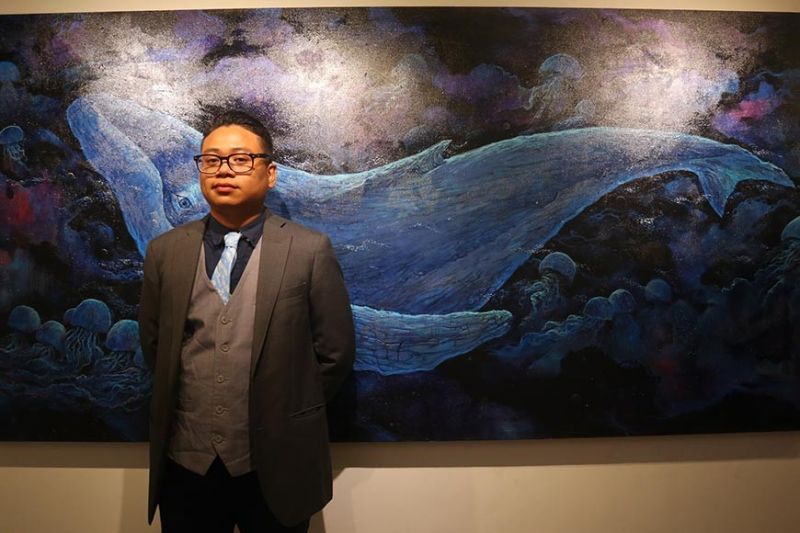 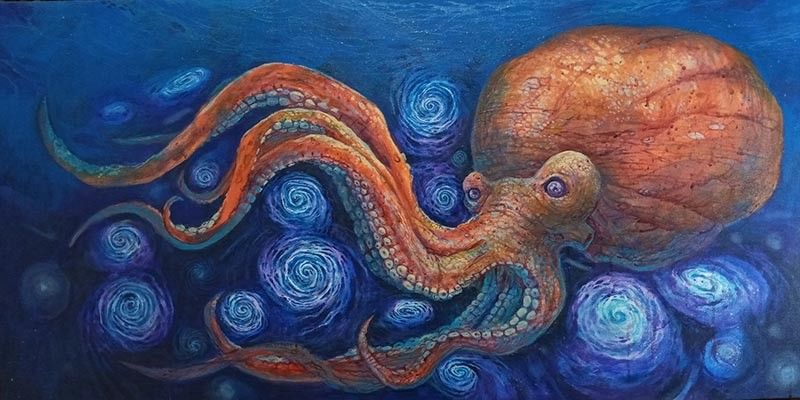 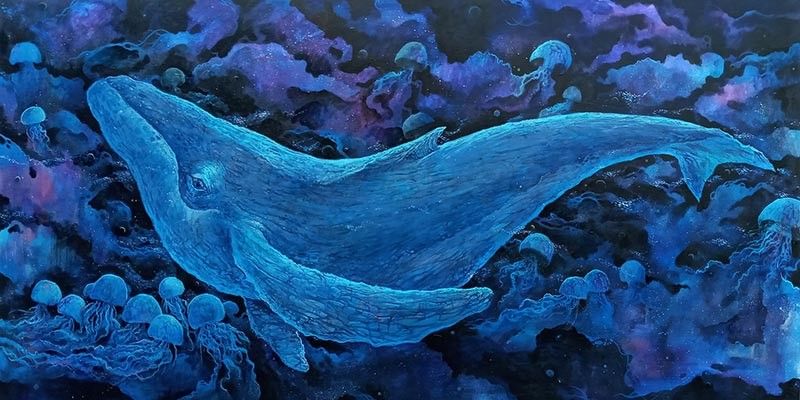 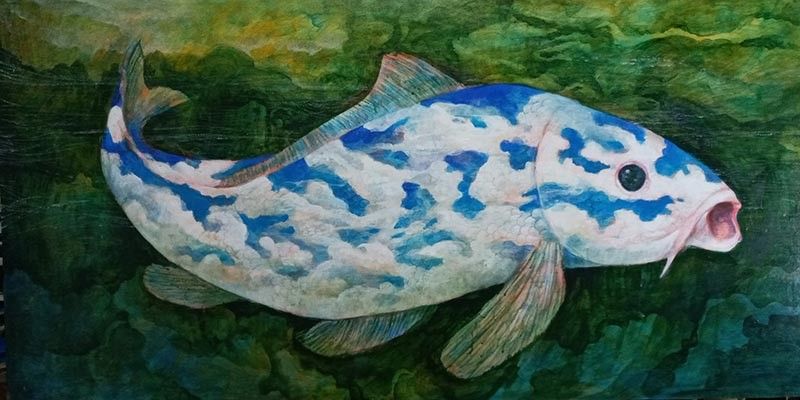 “CELESTIAL Ocean” is the current exhibit at Qube Gallery, featuring the works of Osamu Uzi Emperado. The artist explained that, despite his Japanese name, he is not Japanese. His parents are Japanese tour guides and their job inspired them to name him Osamu.

Emperado shared that he is a professional graphic artist, working for a book publishing company. But he really loves to paint, something he would have pursued had he been able to finish his art studies. “A decade ago, he consecutively placed first runner-up and as finalist in the 2008 and 2009 Jose Joya Award in UP Cebu,” stated the gallery’s description of Emperado.

In this exhibit, Emperado explained that he wanted to portray the cosmos through a sea world: A trio of jellyfish paintings are portrayed not in the sea but suspended in the sky. A huge clam holds not a pearl but an eye inside, which is the world. “Astral Sea” depicts dark ocean waves. His koi is in an aquarium, the body of which depicts the sky. A scuba diver is depicted as the womb, like a fetus with an umbilical cord. “Seaspace” is an aging octopus vying for his space in the ocean. “Tides of Time” is a vast sea, at the middle of which is a lighthouse, and above the sea, a dark sky which is Emperado’s take of the cosmos. “Global Coral” takes on endangered species.

Emperado explained that he focused on the sea this time instead of animals and people not only because his mother has an aquarium but also to shed light on the ocean in peril. Thus, stated the gallery blurb, Emperado “dedicates the show to Mother Earth and to his biological Earth Mother.”

The paintings, all acrylic on canvas, are on show at the Foyer Space of the Qube Gallery until Dec. 31.