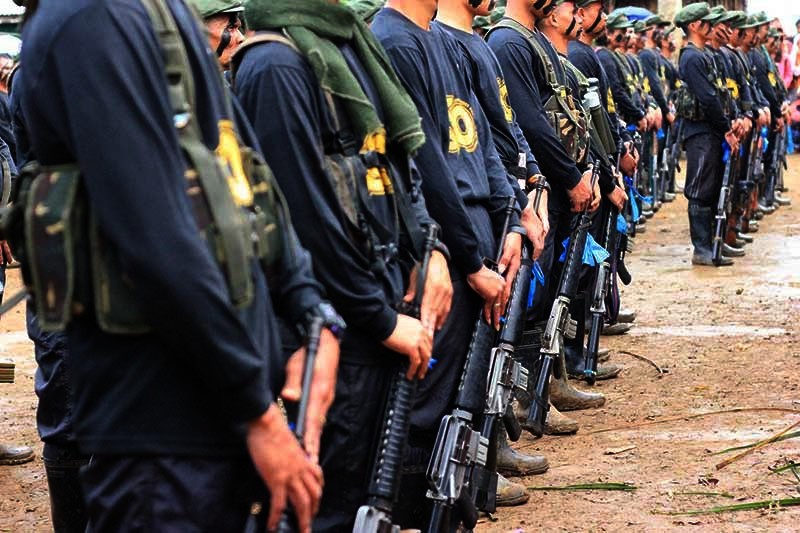 DAVAO City Mayor Sara Duterte-Carpio wants the national government to exclude Davao City from the scope of the Christmas ceasefire with the National Democratic Front of the Philippines (NDFP).

Duterte-Carpio, in a statement on Monday, December 23, said while the local government respects the Duterte administration's move for the reopening of the peace negotiations with the NDFP, she however, said negotiating with NDFP anew is not advisable.

"We respectfully cautioned the Duterte administration over its move to reopen the peace negotiations with the National Democratic Front of the Philippines (NDFP)," the lady mayor said in a statement.

"While the declaration of Christmas truce and the prospects to reopen formal peace negotiations are acts of goodwill on the part of the Duterte government, demonstrating its strong political will to resolve the insurgency problem plaguing some parts of the country for the past years, we must be always reminded by the evil character and duplicitous nature of NDFP and its revolutionary organization, the Communist Party of the Philippines (CPP), and its armed wing, the New People’s Army (NPA)," the mayor added.

Duterte-Carpio said the ceasefire will be used as an opportunity "to regain communities previously cleared of their presence, consolidate their forces, and derail the progress of existing government rural development projects”.

She also said the local government would also seek the same exemption once the national government pursues the reopening of the formal peace negotiations.

The mayor said the failure of the past peace negotiation could be blamed "on the countless criminal acts and treachery of NDFP-CPP-NPA”. She added the group displayed these even during times when ceasefires were supposed to be in place.

Duterte-Carpio's statement comes after her father, President Rodrigo Duterte has ordered a unilateral ceasefire with the communist guerrillas this Christmas season on Sunday, December 22.

Presidential Spokesperson Salvador Panelo said in a statement the President decided to observe the annual tradition to suspend military operations against members of CPP-NPA, which took effect yesterday, December 23, 12 midnight and will end until 11:59 p.m. of January 7 next year.

Although Duterte-Carpio commended the proposed negotiation, but she said it would be "useless and deleterious" as the city has already institutionalized its own local peace initiative, the Peace 911.

Peace 911 is a comprehensive peace-building program of the Davao City government for conflict-affected areas of the city. It is primarily focused in Paquibato District and Barangay Dominga in Calinan District, areas identified as stronghold of the NPA terrorists.

The mayor said the program has successfully sprung Paquibato District and Barangay Dominga from the NPA from June to December 2019. Paquibato is dominated by Ata-Manobo natives.

She added more NPA members and their supporters are also turning themselves into the government through the program.

"To be covered by the ceasefire or the peace negotiations will only disrupt and threaten the gains of our process of peace and development in these communities formerly controlled by the terrorists," Duterte-Carpio said.