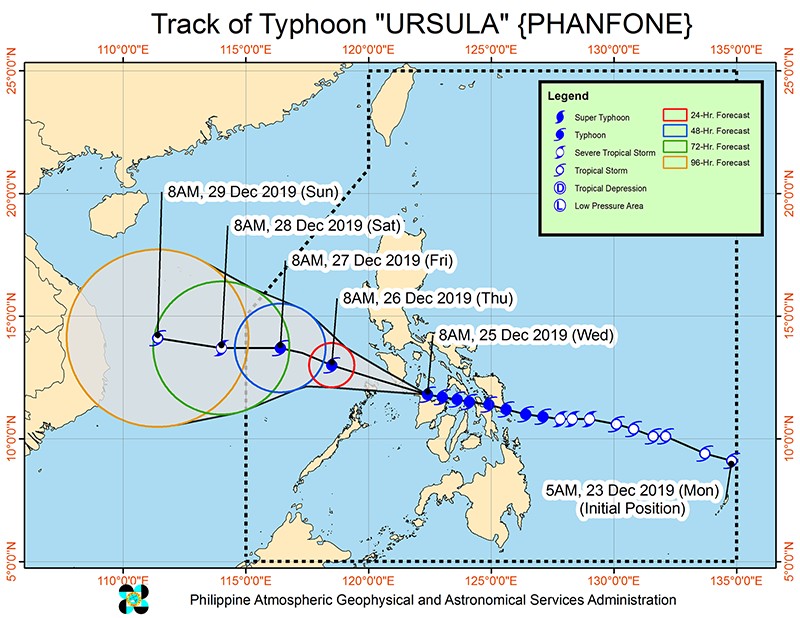 As of 10 a.m. Wednesday, Pagasa said Ursula was located at Libertad, Antique packing maximum winds of up to 140 kilometers per hour (kph) and gustiness of 195 kph. It is moving west at 20 kph and is expected to be at 215 kilometers west northwest of Coron, Palawan.