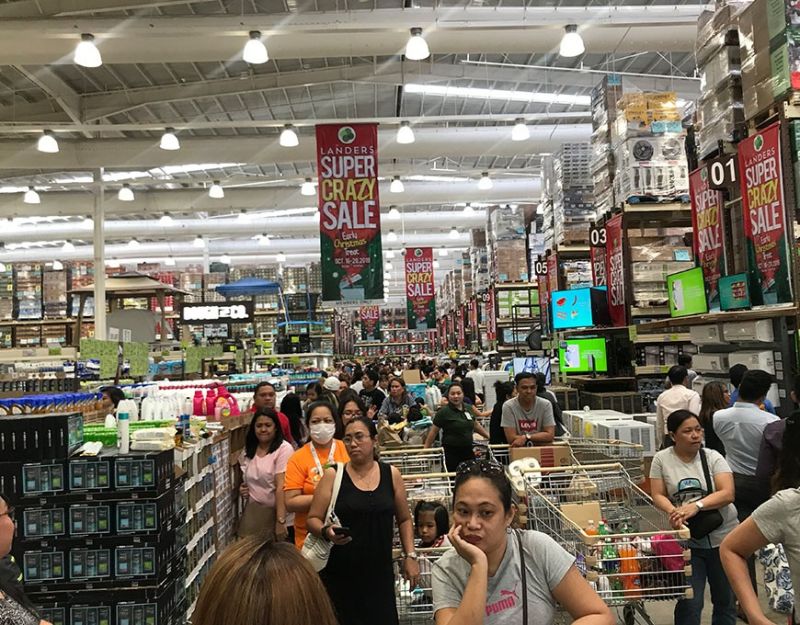 STRONG consumption has propelled the retail business in 2019, with spending coming from growing sectors such as tourism, the construction, the business process management (BPM) industry and the rise of Philippine offshore gaming operators (Pogos).

The industry continued to enjoy robust growth despite the minimum wage hike implemented in Central Visayas which bumped up the costs in the labor-intensive retailing business.

“Cebu has increased employment due to BPM companies and tourism arrivals especially the Chinese markets and Koreans who visited Cebu in droves,” said supermarket chain owner Robert Go, spokesperson of the Philippine Retailers Association in Cebu.

“They automatically increased shopping by eating in restaurants and staying in hotels where they spend money,” he said.

The expansion of several BPM companies and the emergence of Pogos have also supported the industry in terms of buying activity in malls that have dotted Cebu’s retail landscape.

“Another driver is the BPM which kept on hiring and we see that many are employed. The Pogos in Mactan are another group of workers that increase shopping activity in the area,” Go told SunStar Cebu.

The opening of Ayala Malls Central Bloc, which specifically targets the high-spending BPM workers, is also seen to boost the retail growth in Cebu, as more shops set to open in the new mall.

“People are spending because of their positive outlook so they expect income will be better so instead of saving they tend to spend,” he added.

“Generally sales in peso is good in terms of value but not necessarily in volume because there was a huge increase in prices and people buying have that amount,” he said.

In terms of challenges, Go said the most significant was the recent approval of the minimum wage increase in the region.

“There is a spiral increase in the minimum wage that bumps up the cost since retail would employ a lot of people,” he said.

He added the entry of African swine fever (ASF) in the country that caused the banning of Luzon-based processed pork products in Central Visayas was also a hurdle.

“ASF decreased sales in the meat category because of the banning of all pork canned goods, sausages and fresh pork from Manila and other manufacturers outside Cebu. The whole category dropped more than 50 percent,” he said.

Moving forward, property consultancy firm Colliers International sees retail demand in Cebu being sustained by the growth of its outsourcing sector, deployment of migrant workers and influx of local and foreign tourists.

“Food and beverage, fast fashion and home furnishing businesses will be the major occupiers of Metro Cebu’s retail space over the next two to three years. We see malls within integrated communities benefiting from the completion of adjacent offices and residential towers,” Colliers said.

Cebu’s retail market remains interesting and competitive since both local and national players are active. Despite the development of super-regional malls in established and emerging hubs and the entry of foreign retailers, the downtown area which houses some of the oldest retail outlets remains bustling, according to Colliers.

“But the homegrown retailers need to cope with the constantly evolving preferences of consumers and must recalibrate their offerings if they are to stay in the game. The difficulty of filling vacant space persists especially in certain regional malls,” the consulting firm said.

Colliers believes that operators should be more discerning in selecting retailers and aspire for a more interesting tenant mix that would sustain visitor traffic.

“We think that the property firms should consider the heavy traffic along the city’s main roads as an opportunity to develop smaller retail outlets in alternative locations,” it said.

It added that the improvement of Cebu’s infrastructure network should result in more transit- and resort-oriented retail projects, saying operators and retailers should explore opportunities in future reclamation projects. (with CSL)