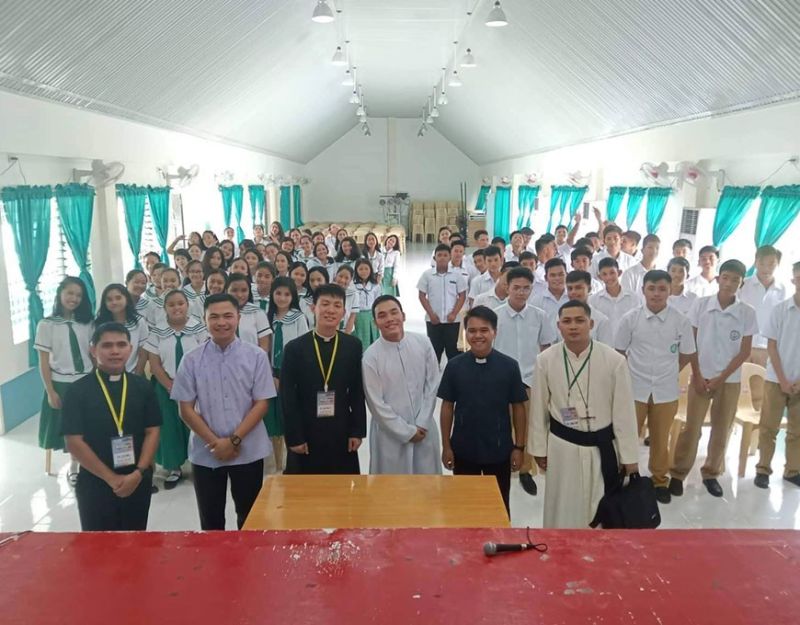 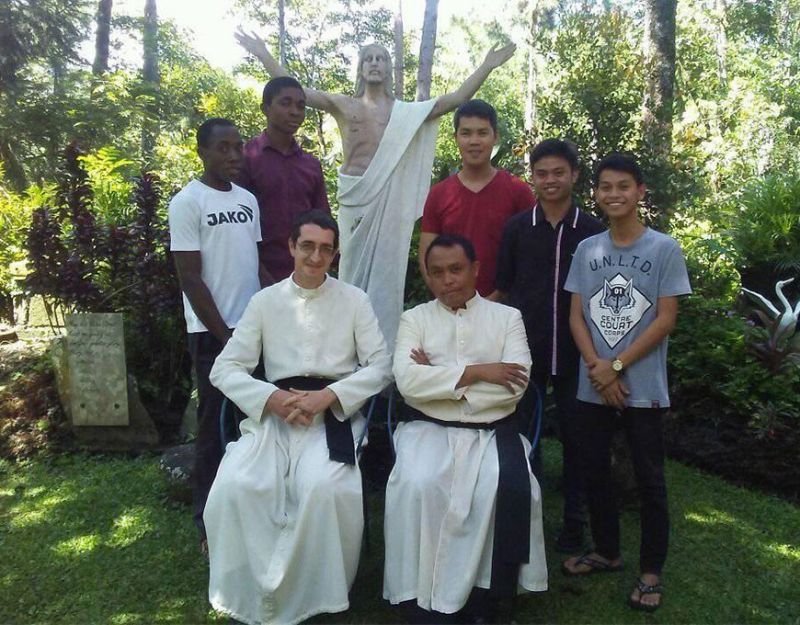 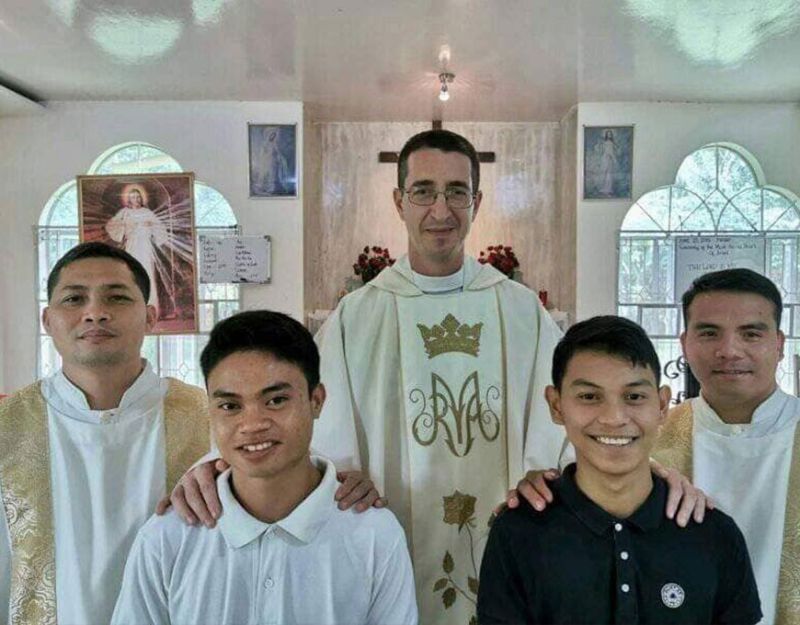 FROM their headquarters in Mindanao, Father Polinar Lope and his colleagues traveled to the central Philippines to look for young people who would like to become Catholic priests.

Lope, one of the two priests under the Apostles Community of Jesus Crucified in the Philippines based in Davao City, said they came to the Visayas islands to share their vocation to the youth and students.

“Applicants will be accepted this coming June, and they have to be senior high school graduates,” said Lope.

“We’re doing this vocation awareness to the junior high school students so that they still have two more years to discern before finishing senior high,” he added during their visit in Leyte.

Lope said that those who wished to join their religious institute will have to stay at their seminary in Davao to complete their degree in Philosophy.

Founded by Father Don Domenico Labellarte in Italy through the inspiration from Saint Pio da Pietrelcina upon his deathbed in November 1968, the Apostles of Jesus Crucified became an Institute of Perfection of Diocesan Right in November 1989.

The institute is present in Italy, Poland, Central America, Central African Republic, and Congo. It started in the Philippines in 1997.

According to the priest, looking for young people to enter in their institute in Davao remains a challenge.

“We have very liberated young men (in Davao). That’s why we go out from the area. We even tried looking in mountainous places,” he said.

“First, they have to pray. It helps a lot. Next, they should seek help from a vocational or spiritual director if they are interested,” Lope said on how the young people can prepare themselves if they want to enter in their institute.

Lope said they are seven in their group, comprised of two priests and five seminarians.

“We have a different school for men. For apostolates, the women will also have their own school in Davao,” added the priest.

However, the women are not obliged to study Philosophy and Theology.

“For them, it’s only Catechetical. Their study is only for four years. This is the reason why there are more nuns because there is less schooling for them compared to 10 years of schooling for those who like to become priests,” said Lope.

While he admitted that they are still new in the country, Lope said that as missionaries they also responded to the needs of the most underprivileged members of the society.

Like the religious congregation Camillians, Lope said they also take care of the sick people in hospitals.

Their specific apostolates include bringing the word of God to the groups, families, individual persons, and in the mission, approaching with an available heart all those who are suffering physically, morally, spiritually, in order to relive them and elevate their pain into prayer for the glory of God and for salvation of souls.

Their group activities are biblical catechesis, weekly prayer meetings, and days of spiritual retreat in the formation centers.

For the families, they set up centers on listening to the words of God in certain families where faith and moral issues drawn from scriptures are explained.

They also visit families or individuals, making use of the information given to them by the priests and their close collaborators.

As part of their vocation awareness, Lope’s group is doing house to house apostolate “to know the problems of the family and children so that we may able to bring back the faith.”

While he admitted that many Filipinos are now drawn to other religious denominations, Lope believed that the Roman Catholic “still has the bigger number.”

The priest said that some Catholics change their religion because “they are not taught deeply about the doctrine.”

“That is why when they hear other religious groups, they turn away from their faith,” he said.

According to him, the parents have the responsibility to give strong foundation and nourish the faith of their children “lest the children will go out from this tradition.”

Lope said the Church has a responsibility to reach out to families.

The limited number of priest, however, contributed to the problem on why young people can be easily drawn to other religious communities.

For 2012 to 2013 alone, the number of priest in the Philippines was only 9,040, serving about 76 million Filipino Catholics during those years.

The said number of priest is not enough to achieve the ideal ration of one is to 2,000.

Former head of the Catholic Bishops’ Conference of the Philippines (CBCP) now Lingayen Dagupan Archbishop Emeritus Oscar Cruz admitted that for every 100 seminarians, only about 10 become priests.

“This work is very interesting. It’s like finding a gold. During purification, we will find out who will stay or not. That’s why we have formation of 10 to 12 years,” Lope told in a report.

The number of candidates for the priesthood, both diocesan seminarians and members of religious orders, indicated a continued slight decline globally, deteriorating from 116,160 at the end of 2016 to 115,328 at the end of 2017, the report said.

The total number of Catholic baptism around the world reached more than 15.6 million in 2017 while Catholic weddings were 2.3 million.

There are now over 1.2 billion Catholics in the world.

“A growing phenomenon within the Church is the use of African and Asian priests in the United States, Europe, and elsewhere where there are too few native priests to staff parishes,” said the Georgetown University-based Center for Applied Research in the Apostolate.

But for Lope and his colleagues, the Philippines remains “a land of great hope for the institute of the Apostles of Jesus Crucified.”

“It is hoped that in the next few years there will be many Filipino priests who can help spread charisma in the various countries of Asia and Africa,” the institute said in a statement.

“Currently we experience the difficulty of having more priests for the formation of children and to be able to carry out the apostolate with more penetration; of a larger house to accommodate a greater number of candidates, to carry out spiritual retreats and to welcome orphaned children,” it added.

While he admitted that they continue to struggle in finding potential candidates for priesthood, Lope said he is not discouraged.

“One of the purposes of the vocation campaign is to search serious vocation. We are looking for those who are willing to be of service in the Church,” the priest said. (SunStar Philippines)